A video of a star-struck fan who had a one-on-one moment with Nigerian singer Tiwa Savage but was confused if she was truly talking to the singer has emerged on the internet.

The footage was shared on Instagram by singer Iceberg Slim and he said the hilarious scene took place in Lekki area of Lagos about four years ago.

According to Iceberg, he was driving in traffic around Lekki, Tiwa also sat at the front of the car and they got stuck in the usual Lagos traffic.

The fan who was passing by saw Tiwa and approached her, she rolled down the glass of the car to speak with the fan, but the man became confused, telling the singer she really looks like Tiwa Savage.

She then told him she is a close friend to Tiwa and they started having a conversation about the singer.

“You will know her when you see her,” she told the man.

“She is really trying o, with the baby and all.” (Tiwa Savage just had her baby boy Jamil at that time).

“Help me greet her when you see her, tell her an upcoming artiste in Lekki is greeting her.” That was the end of their converstaion.

Could it be the man just lost an opportunity to speak with Tiwa to help his music career? Well, he could try again another time. 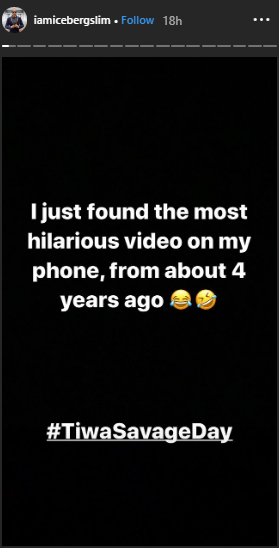 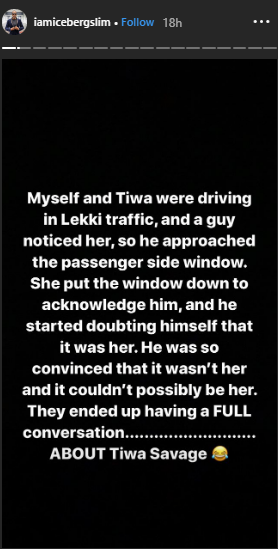 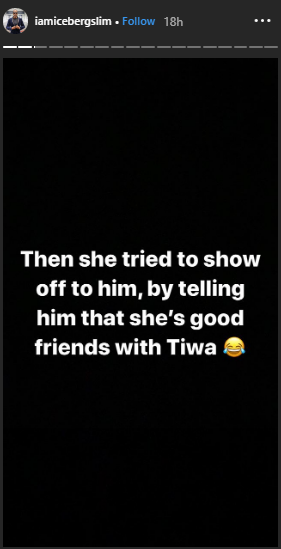 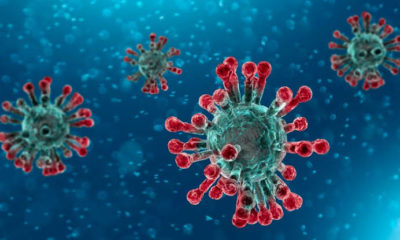 Coronavirus: WHO, ACDC, other partners ramp up support for Nigeria 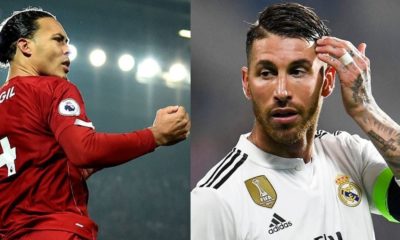 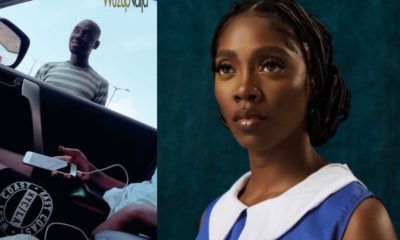 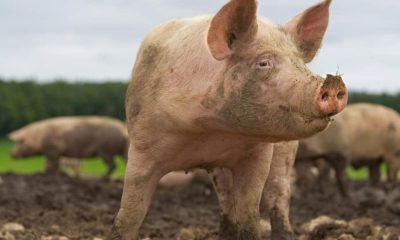 Pig steals 18 can beers from campers, gets drunk, starts fight with cow 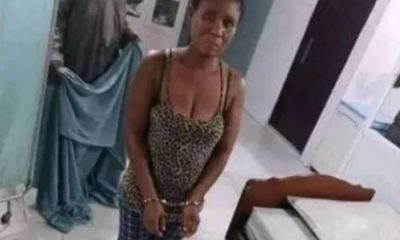 Soldier’s wife arrested for beating stepdaughter to death over plantain