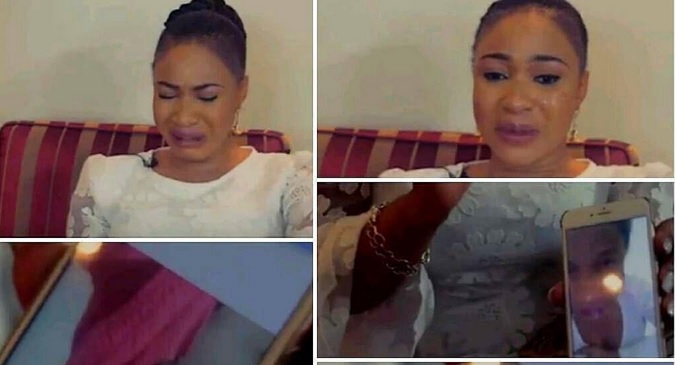 On Friday night, November 15th, at an event in a hotel in Dubai, Nollywood actress Tonto Dikeh got into an exchange of words with security at the entrance.

Before long, the brouhaha had escalated into one which involved the Police and arrests being made.

According to sources, Tonto arrived at the venue of the event and the security refused to allow her in while others walked past her into the event, the Instagram drama queen got upset and began to curse.

According to SDK Blog, sources say she appeared high on something before she launched a verbal attack on the security guard and her two friends Timi and Bob shifted to the side when they could not stop her or control her…

She is quoted to have called the white security guard a ”Nigga” while yelling and cursing. She is reported to have asked him if he knows who she is.

When it got out of hand the Police was called in and she was taken away.

Insiders are insinuating that Tonto Dikeh has been deported from Dubai after her altercation last night and is currently on her way to Nigeria.