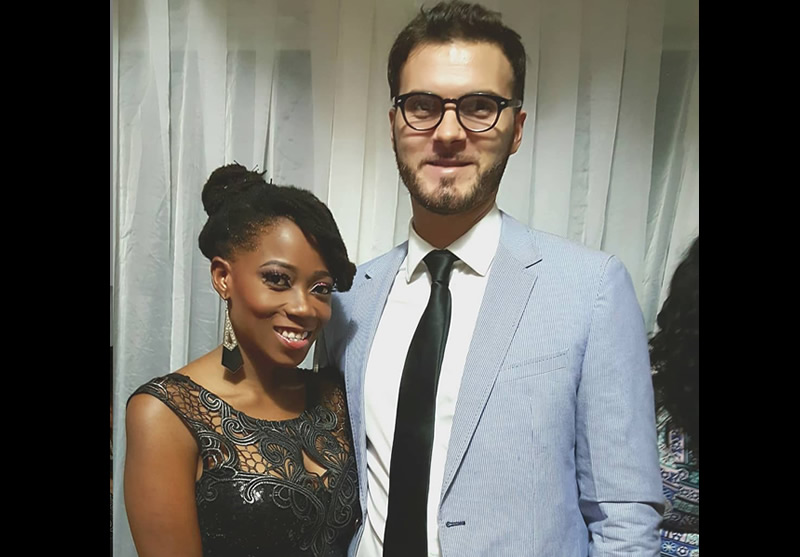 Tosyn Bucknor’s Australian husband, Aurélien Boyer, penned a loving posthumous birthday on the occasion of what would have been her thirty-eighth birthday on Thursday, August 15.

Boyer shared a photo of the two of them on his Instagram page and wrote, “Yesterday in my arms, forever in His. You would be 38 today.

“But more importantly, God blesses us with 37 years by your side.

Bucknor and Boyer had their traditional wedding in Lagos State in 2015, followed by a white wedding in France.

Friends and family of late Nigerian media personality were also not left out as they also paid homage to her memory on their respective IG pages.

Her sister, Funke Bucknor wrote: “Happy birthday sister of mine. Everyone has been supportive by calling, praying and just generally being kind.

MORE READING!  BBNaija Kaisha reveals why she broke up with her rich boyfriend

“Your first (posthumous) birthday without our usual ritual. Keep on shining on my super smart, intelligent, talented, kind and gentle Tosyn Bucknor.

Actress Lala Akindoju wrote, “My sister’s sister, my friend’s bestie, my friend. I actually really feel your absence. Lamide and FBO miss you so much more. Happy posthumous birthday Tosyn.”

Until her death, she was a staff of Inspiration FM, where she hosted a morning talk show. 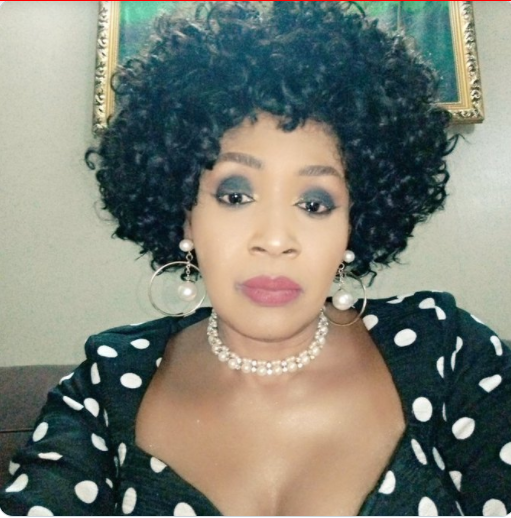 WuzupNigeria earlier reported that investigative journalist, Kemi Olunloyo, said ladies aged between 18 to 35 years who have saggy breasts sleep around a lot, a claim which she made known via her Twitter page.

Attaching a photo of herself showing her cleavage, Kemi Olunloyo went ahead and asked young ladies to take a look at her breasts, claiming they’re still firm despite being over 50 years of age.

She then advised young ladies to always lockdown their boobs like oranges.

“If you are between 18-35 and your breasts are sagging, you sleep around a lot. Hormonal loss. See my breast at 56yo Mama has spoken Lockdown your boobs like oranges.”

The talented journalist has now in a recent development tweeted that she will be showing her br3sts in her next tweet to dispel rumours of her wearing a padded bra.

RETWEET! It’s the 11th of the month. I will be showing you my BREASTS in the next tweet for those who said I packed it with a push up bra. People close to me know I don’t even wear bras. My clothes are lined well. Turn your boob Notifications on and stop masturbating#Kemitalks pic.twitter.com/VEoXI3b4rr 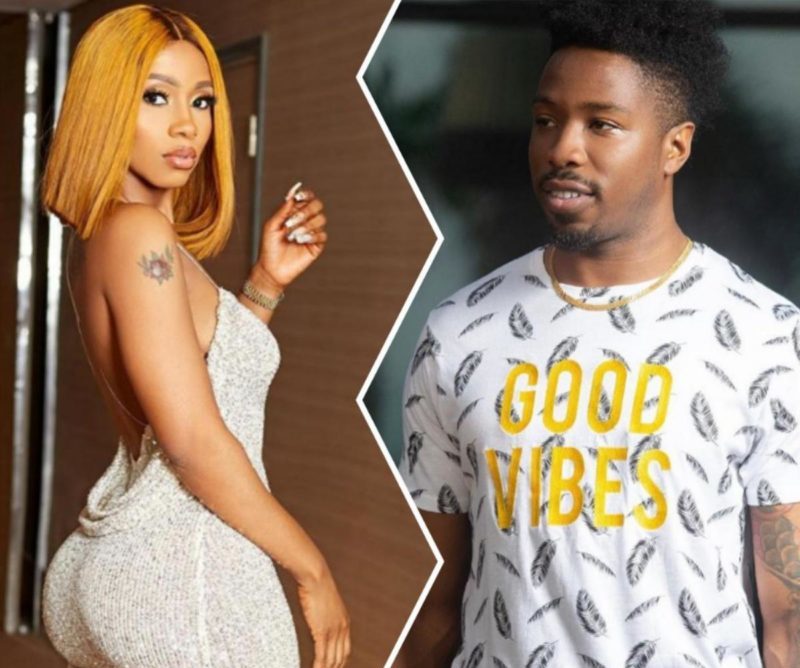 Ike Onyeama, ex-Big Brother Naija “Pepper Dem” housemate on Tuesday, said that he was still in a romantic relationship with ex-housemate, Mercy Eke, but yet to be engaged in the traditional way.

Onyeama, who is also a star of the “Mercy and Ike” show currently streaming on Showmax, disclosed in Lagos.

He said that the attitude of not posting Mercy’s pictures on his social media space and vice versa was a mere strategy to keep their individual fan base and brands strong.

He noted that they had been very supportive of each other’s businesses as they intentionally minimised posting their individual pictures on their social media handles.

“We are still doing our thing, we have not officially done the engagement or moved in together yet, but she comes to my place every other day and I go to her place as well.

“We still go to each other’s house and try not to overdo it, maybe stay the night or two, but not too much, just because of tradition.

“When it comes to business, things have gotten a lot better, before it was more like all of us as ex-housemates were in a competition with each other, but now, everyone is finding their place and we are all comfortable helping each other out.

“I will say the Mercy & Ike show was like a blessing because, before the show, we were both focused on our fan base and trying to keep our fan base strong, it was really an idea that promoting one another will weaken our brand.

“So, I am now going private, posting just myself and not showing anything about Mercy really calmed things down,” he said.

Onyeama said he had been so busy lately, involved in the promotion of his clothing line, photography and acting.
He said that his dream business was party promotion as he would love to own a club but this had not been possible due to financial constraints.

MORE READING!  BBNaija: You are too peaceful for me, I can't date you- Nengi tells Ozo

He noted that the lesson taken from the sudden outbreak of COVID-19 pandemic and the resultant lockdown was to be seriously engaged in activities that would drive in multiple streams of income.

“I am definitely interested in quite a few businesses, I have dreams of being in the electronics business, I have a clothing brand and a photography brand, I am selling perfume now and I just started a blog so I am spreading myself now, trying to get sources of income going.

“In an ideal world, my dream business is party promotion, I will love to own a club or some type of monthly event like the mainland block party,” he said.

The Ex-BBNaija housemate expressed his excitement over being acknowledged and called for films currently and this was spurred by his performance in Tinsel auditioning, Diane Russet’s short film and two other small movies.

“I love the fact that they called me for the audition for Tinsel, I don’t know if people had to see me make it real because after it aired, everyone started calling and saying, so you are an actor, come and do this and that.

“So from Diane’s short film to two other small movies I have done already, people have been calling me for roles, which feels really good,” he said.

Onyeama said that he had developed a good relationship with most of his fellow housemates like Venita, Kim, Diane, Tacha, Jeff and Mike as they related basically on business purposes.

“Those I talk to regularly are Venita, Kim, Mercy, Diane, Tacha, Jeff and Mike; we are all very close, they know that for me, I am all about the business, so usually when we are talking, it is business-related talks.

“I really like that because it is like a network of people now, I don’t have all the burden on my shoulders to go find work; they help me find work, especially Kim and Diane, even Mercy too,” he said.

The Ex-BBNaija housemate disclosed that he was presently in business collaboration with ex-housemate, Venita Akpofure, whom he described as highly creative with some good ideas.

“The collaboration has been really good, Venita has a whole different style from me when it comes to fashion and even décor, she has a lot going on business-wise – scented candles, pre-shampoos, conditioners and so on.

“We always talked about collaborating for the ice cream brand and her brand as far as designs.

“It is more of her helping with the designs, then we helping with the promotions, sales, and distributions, she really has some good ideas and creative stuff that I know, once it comes out, people will be like, ‘wow’,” he said.

MORE READING!  Ibiduni was an angel that lived with us for 39 years, husband, Ituah Ighodalo says
Continue Reading 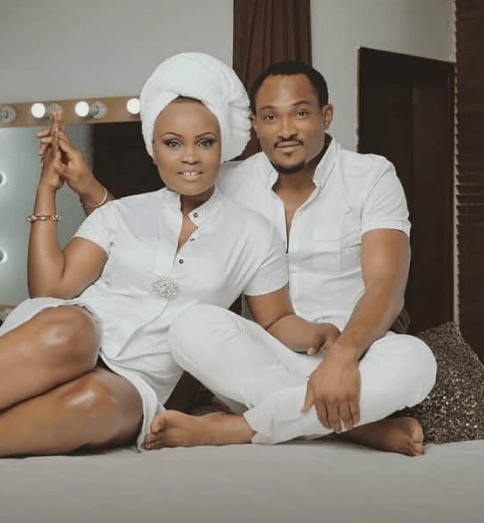 Maureen Esisi, ex-wife of Nollywood’s Blossom Chukwujekwu, has shared how she found out that her marriage had failed.

Maureen took to her Instagram page to reveal how her father broke the news of her crashed marriage to her.

According to her, she was the last person to know her marriage had crashed and wondered how they got to that state.

She, however, added that she was not the perfect partner but was the actor’s best.

“Weird thing is by this time last year, exactly same date and same time, my old man broke to me the news of my marriage being over.

“I laughed for a long time, standing up from where I sat listening to him as he tried to find the best words to convey the message to me and I placed both hands in my pocket and paced the room silently as he looked at me waiting on me to say something.

“I pondered in my head about what I had just heard, why I was the last person to know it and how in the world we got there.”

Maureen further lamented about how African culture makes it difficult for a woman to move on and take it all in after a bad marriage.

“African culture makes it so that the woman must take it all in, she must understand no matter what, must subdue, never complain, learn to live with whatever, forgive even when she can’t, show happiness even when she is depressed, she must show strength even when she is weak but the man, He is allowed to NOT take shit (even the tiniest of it) He would even be praised for it. Life!

She, however, failed to give the real reason her marriage to Blossom crashed.

“September 11th in View; I will be 33, Someday, I will tell this story. I am happier, at peace, stronger, richer, single and free.

“I was not perfect, I will never be but I was his best!” she said.