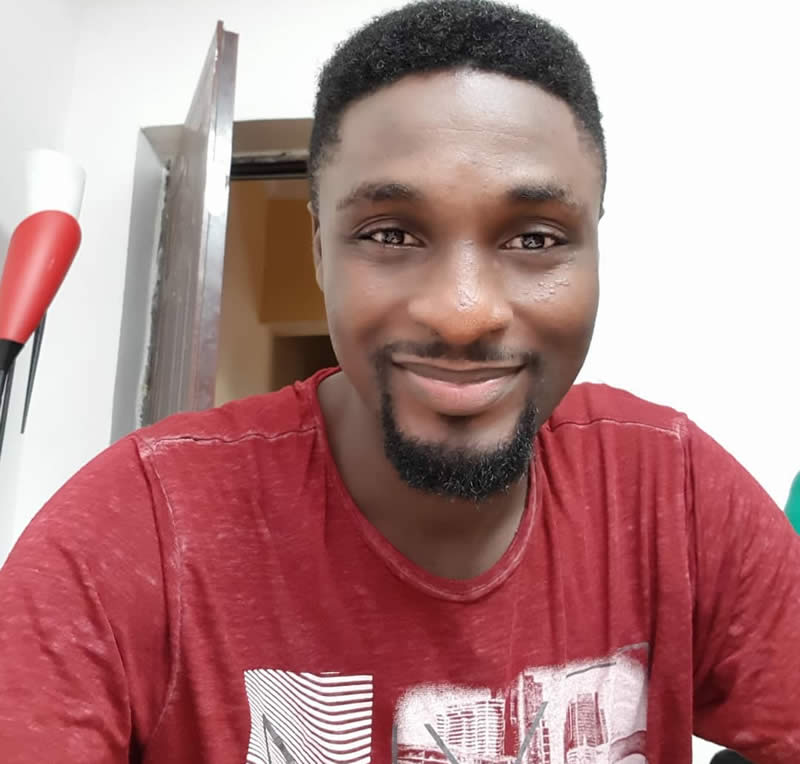 Nollywood actor, Adeniyi Johnson, has sent warm greetings to his ex-wife, Toyin Abraham and her new hubby, Kolawole Ajeyemi over the arrival of their son.

Johnson via his Instagram page posted a photo collage of the couple with the caption, “Congrats on the arrival of your baby. Mr &Mrs Ajeyemi.

“He shall be a source of joy to you ….. God bless the baby, the mother and the dad…”

Johnson’s thoughtful post has since generated excitement as popular actors and Toyin’s fans thronged to his IG page to shower praises on him.

The post already garnered over 5,525 comments and 33.5k likes has of the time of this report.

MORE READING!  You are my covering - Toyin Abraham tells hubby as he marks birthday

WuzupNaija recalls that Johnson and Abraham got married in 2013 but separated over infidelity issues.

The former couple also had a brief social media war over their divorce proceedings with Johnson claiming that Abraham was deliberately frustrating the court appearance to frustrate his marriage to his new woman, actress Oluwaseyi Edun.

READ ALSO: Toyin slumped on her way to my house because I was angry at her – Nkechi Blessing 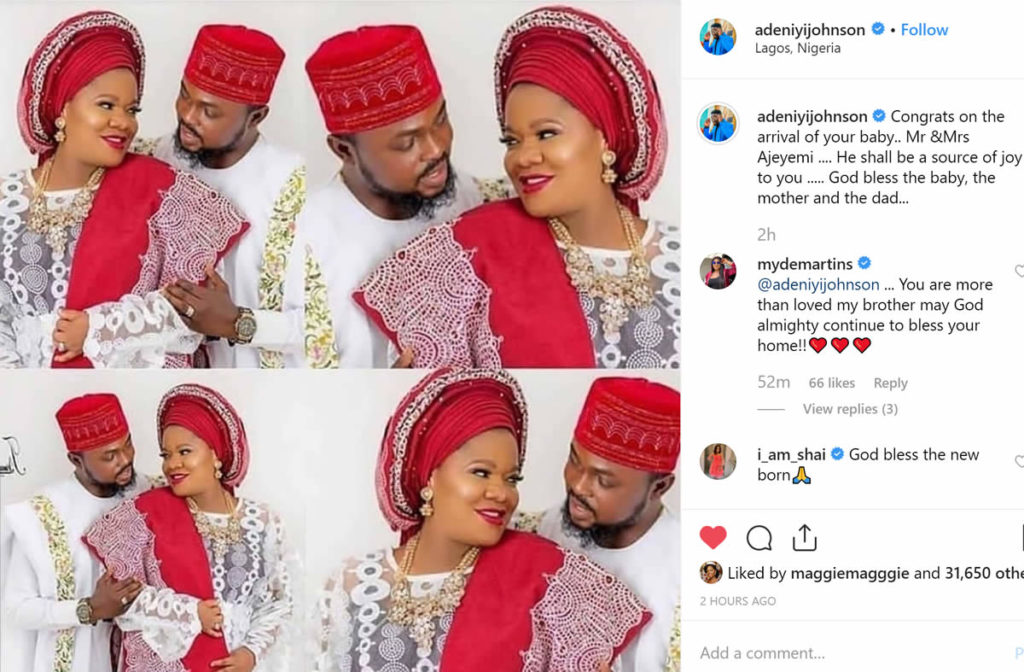 Toyin slumped on her way to my house because I was angry at her – Nkechi Blessing
It is coming too late, Juliet Ibrahim reacts to Iceberg Slim’s apology [Video]