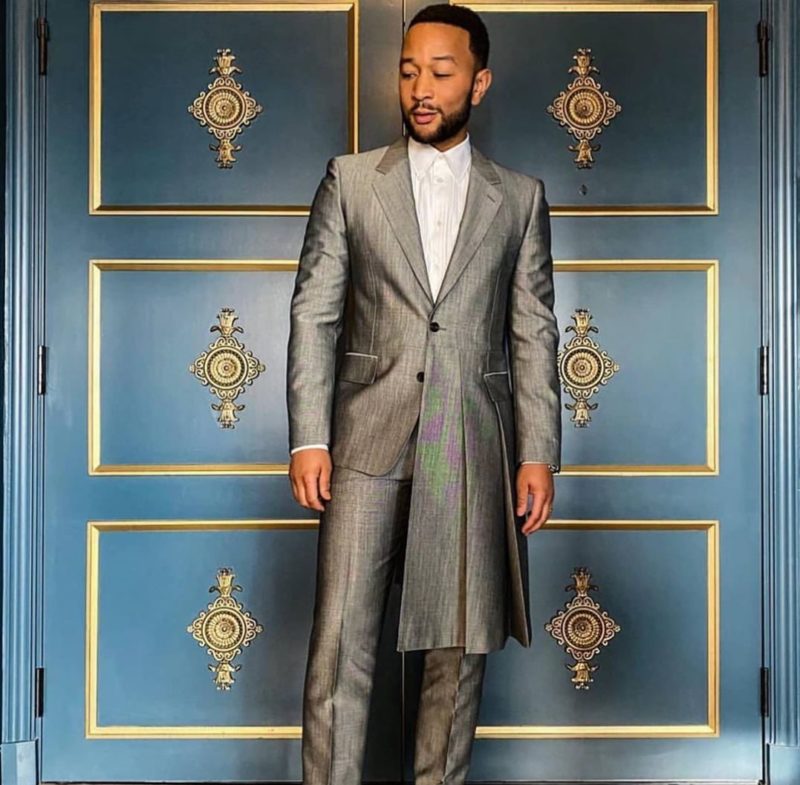 According to her, John Legend’s designer stole her design for his Grammy look, Lawani went on to demand that some respect be accorded to her for her work.

American music star, John Legend stunned in a grey suit with a unique twist to it as one side his blazer was longer than the other.

According to him, the outfit was made by top designer, Alexander Mcqueen.

Sharing a photo of Legend in the outfit, she revealed that she created the designer two years ago for several Nigerian celebrities.

She further stated that this is proof that the world is watching Nigerians.

Who’s seeing what I’m seeing, I created this two years ago and a lot of my clients still order it till today , @toyin_abraham still rocked it few days ago, this came from my brain, like I keep saying don’t think people are not watching Nigerians , we always standout, Government yi no ni 🙄🙄🙄🙄🙄

Those who tell you divorce is a sin will only cry when you lose your life – Toke Makinwa
Grammys: We consider Burna Boy a winner, says South African rapper AKA