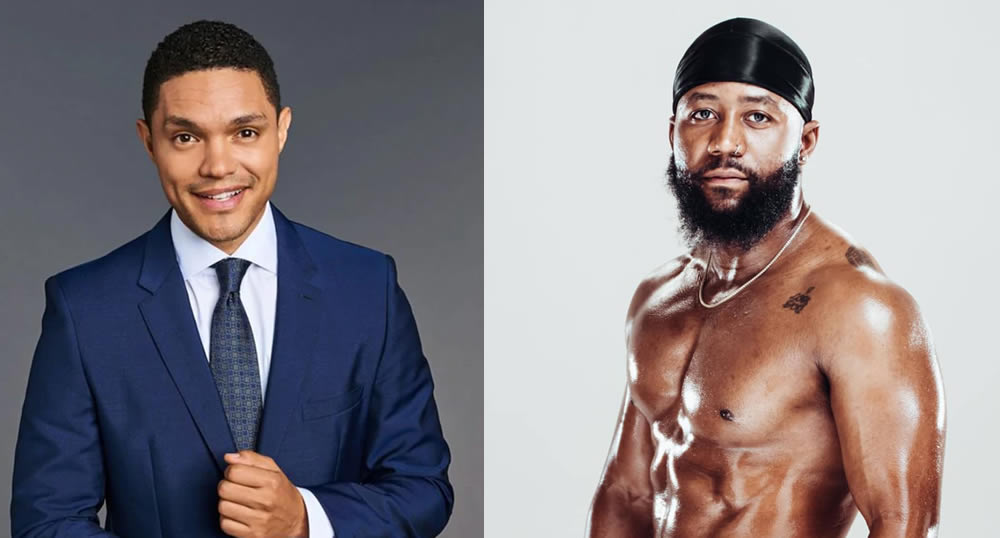 Their reactions come in the wake of disturbing reports, videos and photos of South Africans attacking and maltreating foreigners especially Nigerians resident in SA.

On Monday, some South African mob also went on another rampage destroying and burning offices and businesses owned by Nigerians and their African counterparts.

Reacting to these attacks, rapper Cassper Nyovest tweeted; “There’s so much going on. I don’t even know where to start but my country, it’s women and children are disappearing by the day.

Our fellow African brothers are being killed and some people are justifying it. It’s scary, sad and it’s wrong. Something needs to happen.

“I hear you and I know that social media is not the best place to engage in serious issues but our silence could be mistaken for ignorance.

I have had a question though since we agree not to debate on Twitter. Is the government debating in office since we haven’t heard yet?”

Trevor Noah, a renowned South African comedian and political commentator on his own part said the attacks on foreigners is a wave of complete misplaced anger, prejudice and xenophobia borne out of inferiority complex created by decades of apartheid and oppression. 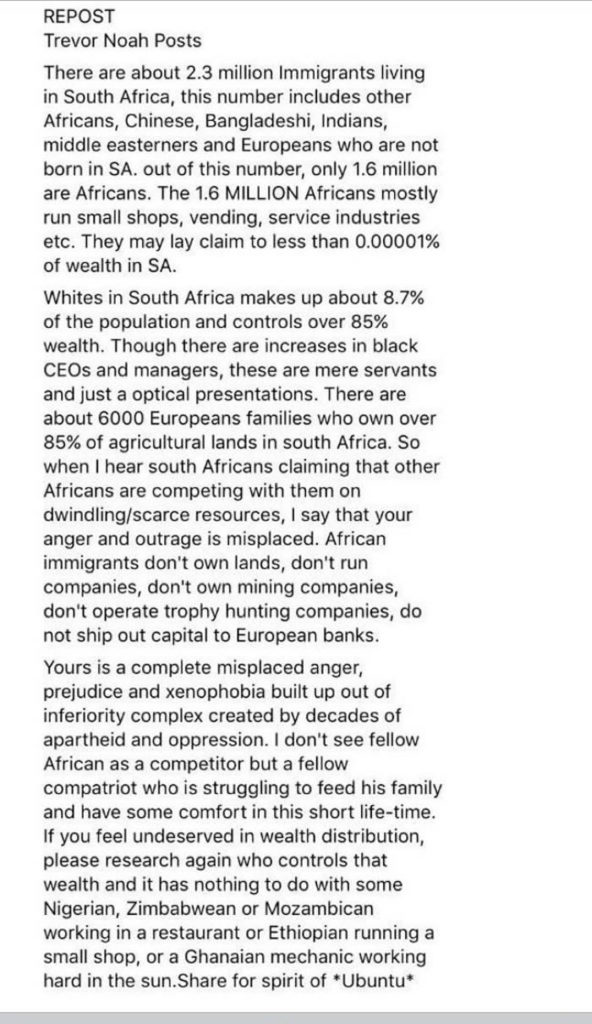 My nigga, i am equally hurt and puzzled. I am sooo embarrassed. I wish i had the answers but i don’t. This is a reoccurring issue and there seems to be no end to it. It keeps happening and it seems that our leaders don’t seem to give a fuck. https://t.co/CipwB7IIfg

I hear you and i know that social media is not the best place to engage on serious issues but our silence could be mistaken for ignorance. I have have a question though since we agree not to debate on Twitter. Is the government debating in office since we havent heard yet? https://t.co/1pBA9zhPHW

It should be recalled that in 2008 and 2015, the world was horrified by the savage scenes of xenophobic violence towards African immigrants in South Africa despite the unprecedented support provided by African countries during South Africa’s struggle to end ‘apartheid’.

Prior to 1994, immigrants from different countries faced discrimination and even violence in South Africa.