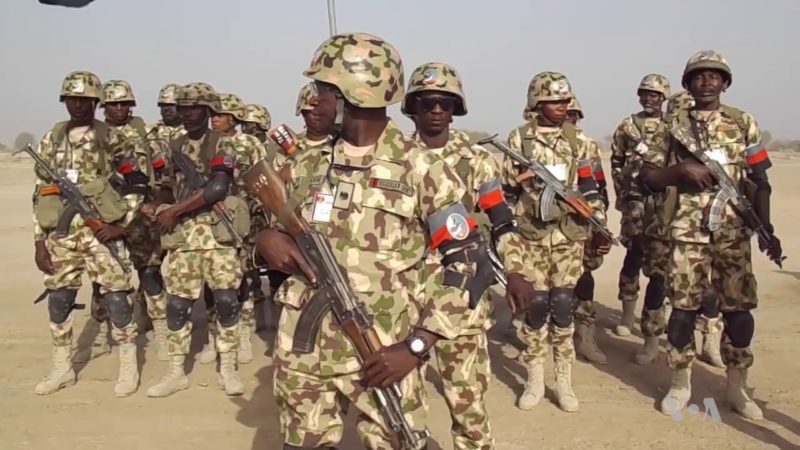 The defence authorities said on Saturday that no fewer than 135 suspected bandits have been killed in a massive air raid launched on their hideouts in Katsina and Zamfara States by the Air Component of Operation Hadarin Daji.

Enenche said the renewed offensive resulted in the decimation of several camps and neutralization of  “no fewer than 135 armed bandits in massive air raids executed at several locations in Katsina and Zamfara States between 20 and 22 May 2020.”

The airstrikes, he said, followed “credible Human Intelligence (HUMINT) reports as well as series of Intelligence, Surveillance and Reconnaissance (ISR) missions that led to the identification of the camps, which include Abu Radde Camps 1 and 2 and Dunya in Jibia and DanMusa Local Government Areas (LGAs) of Katsina State as well as Hassan Tagwaye’s Camp; Alhaji Auta’s Camp and Maikomi in Birnin Magaji and Zurmi LGAs of Zamfara State.”

He said: “the air interdiction missions were painstakingly undertaken by the Air Component as it dispatched its attack aircraft to the locations in multiple bombing runs, some of which were executed simultaneously.

“At the Abu Radde Camps on 20 May 2020, a set of huts housing one of the notorious bandit leaders was taken out by airstrikes with scores of the bandits killed and few seen fleeing with gunshot wounds towards the Dumburum forest.

Similar air raids were executed at Hassan Tagwaye’s and Alhaji Auta’s Camps as well as at Maikomi with equally devastating effects. HUMINT reports later confirmed that no fewer than 135 bandits were neutralized by the series of airstrikes at the various locations.”

Woman, 24, stoned to death by her husband, his brother in ‘honour killing’ 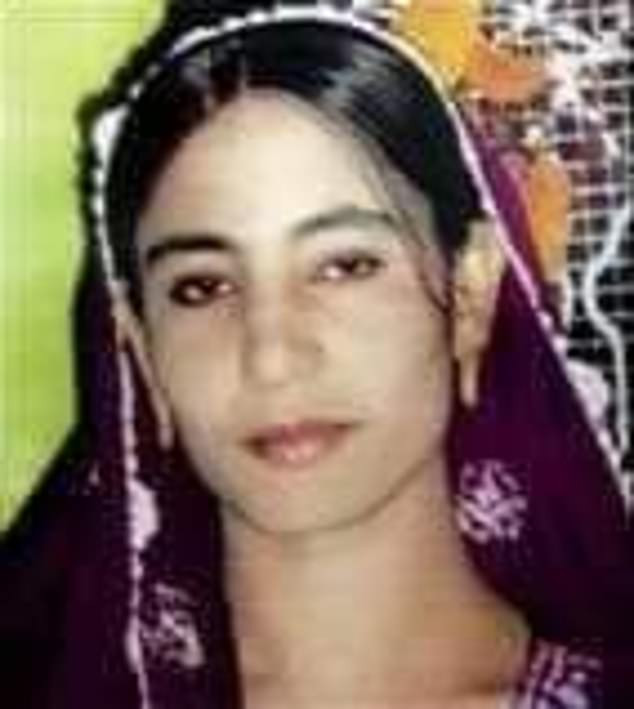 A 24 -year old woman was allegedly stoned to death by her husband and his brother in a brutal honour killing in Pakistan.

National Highway and Motorway Police found a mutilated body with severe head injuries near the Indus Highway on June 27. They were able to identify the body of Waziran who lived in the village of Wadda Chachar.

Local police believe the woman was pelted with stones and repeatedly hit with a wooden stick during the attack in Jamshoro.

In a video shared online, Waziran’s grieving father, Gurl Muhammed, was seen crying for justice beside her grave after the incident.

Authorities say the man initially testified that her death had been an accident but later retracted his statement, alleging that she had been killed by her husband Allah Baksh and his brother Kareem.

Both Allah Baksh and his brother Kareem have been and arrested and remain in police custody.

In a statement, Allah Baksh alleges that her own family were responsible for the stoning because they did not approve of Waziran’s decision to marry him.

A three-man joint investigation team have been set up to investigate the incident which police are treating as honour killing.

Honour killing is described as the killing of a relative, especially a girl or a woman, who is perceived to have brought dishonour on the family and it’s common in Pakistan.

‘My life is ruined,’ Man whose pregnant wife cut off his manhood cries out from his hospital bed 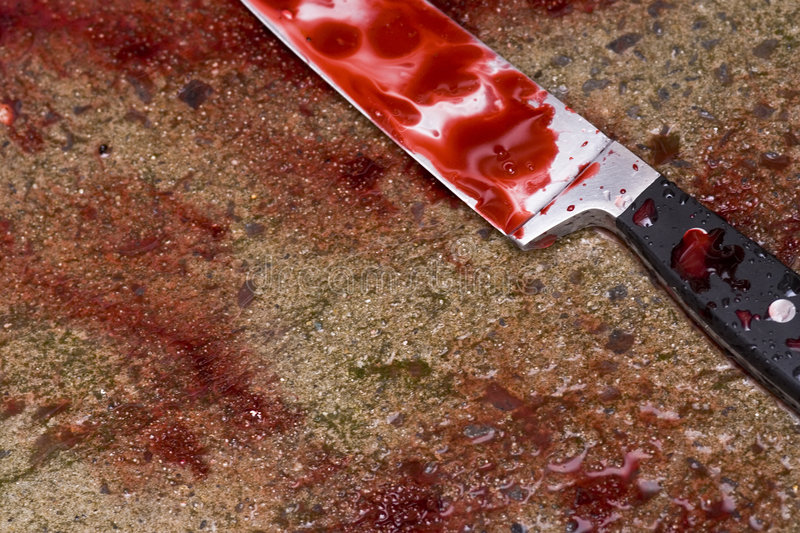 The Nigerian man who’s wife chopped off his penis during an argument has cried out from his hospital bed saying his life is ruined.

Aliyu Umaru is reportedly stable and being properly administered with intravenous fluid as well as other emergency drugs.

DR.PENKING had earlier revealed that 32-year-old Halima Umaru chopped off 42-year-old Aliyu Umaru manhood while they were having a heated argument.

He stated that the husband would have died after the 8-month-old pregnant woman chopped off his manhood if he had not been rushed to the hospital immediately.

Aliyu, who has two wives and two children – a boy from his first wife Halima and a girl from his second wife – groaned in agony as he lay on his bed at the Federal Teaching Hospital, Gombe State, where he was referred to after the incident occurred in Taraba State.

There was a urethra catheter fixed to Aliyu’s body to pass urine as his dismembered penis was kept in nylon for safekeeping.

“I’m a veterinary medicine dealer. I trade in animal drugs. I’m 42 years old with two wives and two children. The first wife had a male child and a female from the second.

“The first wife Halima is pregnant. I stay in Tella under Gasso LGA of Taraba State.

“I was transferred from the Federal Medical Centre, Taraba to the Federal Teaching Hospital, Gombe.”

“After I returned from work, I got water to take my bath and ate the food prepared by my wife before I slept. I was later awoken by a sharp pain and I screamed.

“It was then neighbours were alerted. I can’t say if my food or water was laced with anything with the way I slept deeply. My wife has finished my life and it is unfortunate.”

According to the victim’s younger brother, Usman Umaru, the act may be connected with their mum’s plea that they should relocate, which Halima didn’t support. He stated;

“We are originally from Lukari but driven to Tela due to the conflict. The family rented a house for him and they were to move from Tela to Jalingo on Wednesday morning.

“It was in the middle of the night that my phone rang and the caller was my brother who managed to tell me what happened to him. He was immediately taken to the Federal Medical Centre in Taraba, to stop the bleeding and undergo surgery. But they couldn’t perform the surgery because they said they don’t have equipment for his type of operation. It was there that they advised us to look for any available health facility.”

“Our mum only insisted that my brother must leave Tela with his family to Jalingo. Already, his second wife is in Jalingo. My brother said his first wife was not comfortable with the arrangement. She didn’t want to stay in Jalingo.

“We told people not to touch her. The deed has been done and we can’t reverse it. We have left her to the Almighty God. Whatever is done to her will not bring back my brother’s manhood.’’ 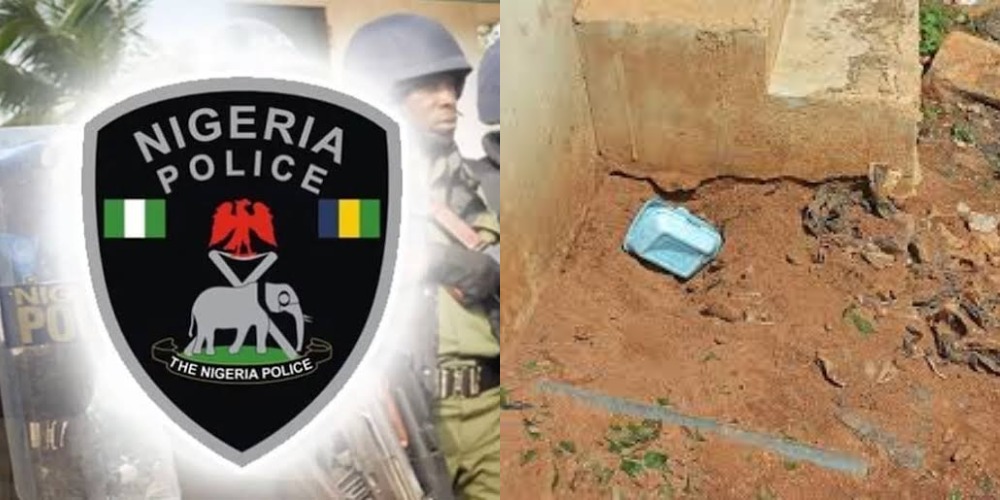 Kaduna State Police Command has arrested a 33-year-old for allegedly burying her newborn baby in a shallow grave at People’s Club Hotel in Tudun Wada area of the state.

According to TheSun, the woman simply identified as Hauwa connived with her 35-year-old elder sister, Zainab, to remove her foetus (baby) and bury it in a shallow grave around the hotel.

It was gathered that both sisters who reside close to the hotel facility, checked in on Friday night after they paid N2,000 accommodation fee to execute their plan.

Sources within the area said the young woman, who was well known in the vicinity, must have carried out the dastardly act due to a paternity issue surrounding the pregnancy or due to family pressure.

”Hauwa is a well-known pregnant woman around here. She came around yesterday to book for accommodation. No one ever thought that she had such a thing in mind.

“What we don’t also know is whether she gave birth before daybreak or someone helps her removed the baby.

“This morning, someone who is not staff at the hotel sighted them from a distance when she and her sister were digging the spot where they buried the baby. It was unfortunate,” a source who spoke in confidence stated.

An eyewitness, Bello Abdulmumin, who claimed to have seen the two women said:

“I just came in and I saw two women around 11 am this morning with stick digging somewhere there (pointing to the area).

“After they finished digging, they dropped something there and covered it with sand. I drew someone’s attention to it and we tried to check what was planted there.

“The moment we saw blood, I then asked the other man to leave the spot and that was how we went to inform the police who came and arrested the two of them.

“I know the two of them, Hauwa and Zainab, very well because they live around here. The elder sister Zainab should be around 35, while Auwa should be 33,” the witness narrated.

When newsmen visited the Angwan Sanusi Police Station at Tudun Wada where the case was reported, the two women were sighted with their hands cuffed.

A credible source suggested that the baby had died and it has been taken to an undisclosed hospital for forensic examination.

As at the time of this report, details on how the foetus was removed by the two sisters were sketchy, with the police spokesman promising to give an update on the case later in the day as he claimed to be on official assignment outside Kaduna town.