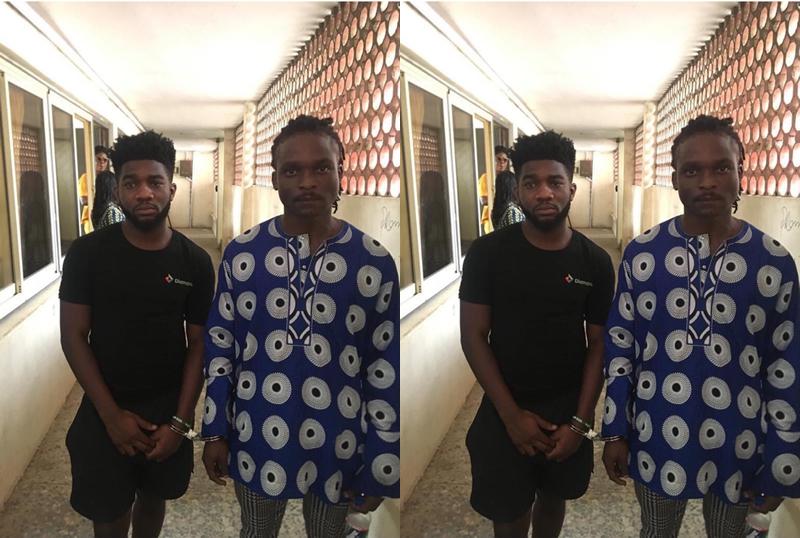 The Lagos State Police Command has begun an investigation into an allegation that two friends lured a 23-year-old girl to a club, drugged and afterwards gang-raped her.

Spokesman of the command, CSP Chike Oti, in a statement on Tuesday, said that the suspects – one Razaq Oluwaseun Oke, 28, and Don-Chima George, 25 – took the victim to Dallankester Hotels, Lekki, Phase One on Friday.

According to Oti, unknown to the victim, while at the club, the duo mixed the young woman’s drink with a substance that made her weak and almost unconscious.

”Satisfied that the drug was beginning to affect the victim, they quietly left the club with her to Dallankester Hotels in Lekki, owned by the father of one of the suspects named Don-Chima George.

”At the hotel, they took turns to rape her. As if that wasn’t enough, they videoed the abuse.

”When the victim woke up from the induced sleep, she confronted the suspects who denied having carnal knowledge of her.

”Not satisfied, she placed a call to her elder brother complaining that she had been violated.

”The brother immediately invited policemen from Maroko Division led by the Divisional Police Officer, CSP Isah Abdulmajid, to the scene.

”On searching the suspects, the DPO recovered their phones and went through their video recordings where he saw a video of the suspects sexually abusing the apparently unconscious victim,” he said.

Oti said the Commissioner of Police in the state, Mr Edgal Imohimi, had directed the Gender Section of the command to investigate and prosecute the suspects to serve as a deterrent to others.