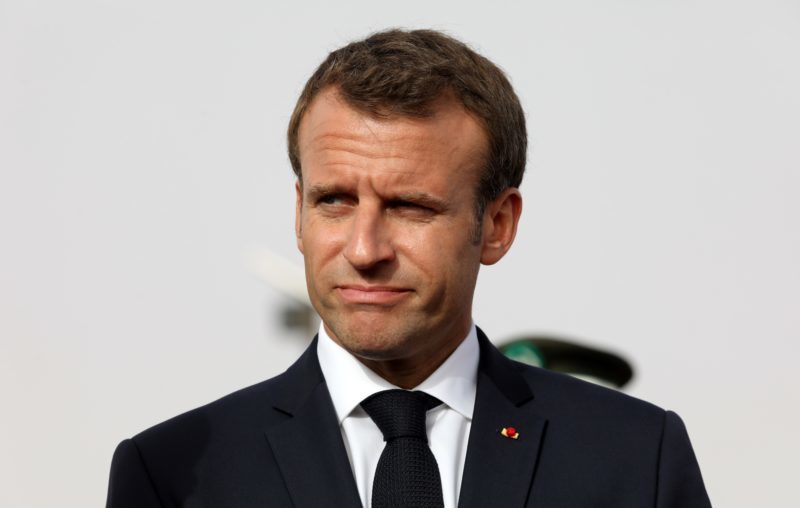 Two men close to the ultra-right were indicted for “terrorist criminal conspiracy” and placed in pre-trial detention, as part of the investigation of a bombing project against French President, Emmanuel Macron.

Franceinfo, a French domestic rolling news channel, reported that the two suspects, aged 30 and 45, were believed to have planned an action against President Macron during the commemoration of the centenary of the end of the First World War, in November 2018, said Franceinfo quoting a Parisian judicial source.

The two were arrested on Monday in Moselle, northeastern France.

They have been presented to an examining magistrate for their indictment.

The national anti-terrorism prosecutor’s office had requested their detention on remand.

Nobody chop life pass Bubu, Wizkid says as he reacts to Buhari’s return from London 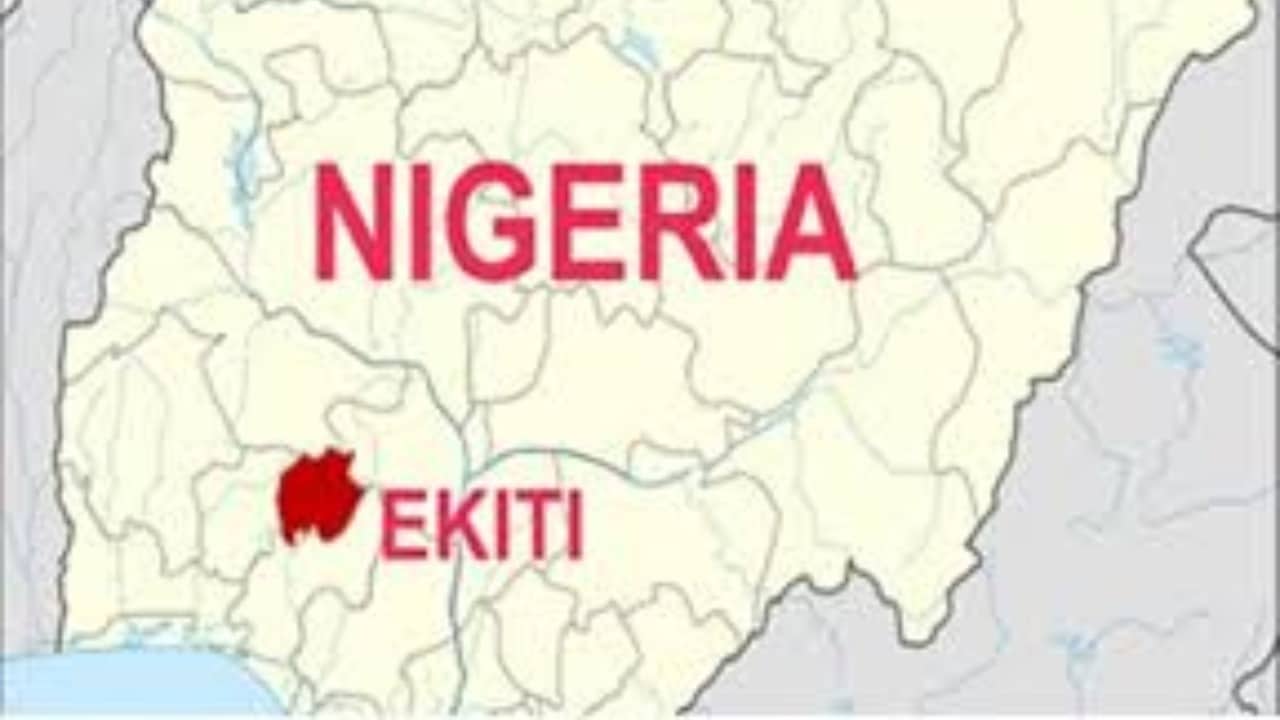 Ekiti State Government has introduced mandatory payment of ‘Property Tax’ payable by landlords and landowners across the 16 Local Government Areas of the state.

The Chairman of the Ekiti State Internal Revenue Service (IRS), Mr. Muyiwa Ogunmilade, made this known in a statement on Sunday.

Ogunmilade said that the new tax policy was part of efforts to shore up the state’s Internally General Revenues (IGR) for more infrastructural development.

He said that IRS has started aggressive enumeration of all buildings and landed property in over 130 towns in the state for hitch-free implementation of the tax policy.

According to him, the Ekiti state property tax law is backed by the State Land Use Charge (LUC) Law No 3 of 2013, which comprises payment of ground rent, tenement rates, and neighborhood improvement levy.

He said that the implementation of the tax had been neglected, but time had come for it to be put to full use in view of the low revenues from the federal allocation.

According to him, Gov. Kayode Fayemi is not happy to impose double taxation or obnoxious tax policy on residents.

He said that the new measure was just an implementation of an existing but abandoned law.

“The LUC is an annual tax, payable in respect of all real estate property situated in Ekiti State, including ordinary parcels of land and with improvement except those exempted under the law.

“Owners are expected to pay the LUC for their respective properties or alternatively the tenants may pay and get reimbursement from the owners of the properties.

“For accurate charges to be arrived at, property identification officers or assessors have begun the process of enumeration of all properties and this will provide proper guidance for the government because you have to pay based on the property owned.

“I, therefore, appeal to our people to cooperate with the property identification officers in the course of discharging their duties by providing access and accurate information about their property,’’ he said.

Ogunmilade said that the law would ensure that state revenue profile was boosted and fast track the capturing of more citizens in the tax net.

He also said that this would make the residents discharge their statutory obligations to the government for effective service delivery and provide a solid foundation for proper planning and development across the state. 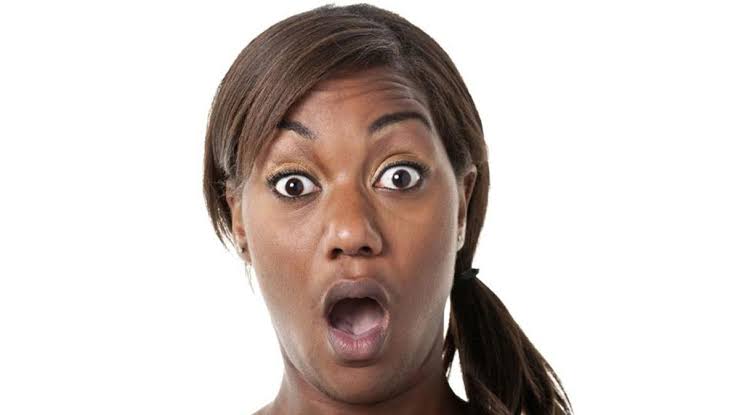 A Nigerian lady has taken to social media to share a bizarre conversation she had with a cab guy who offered to “eat her kinni” while she stays in bed.

According to the lady identified as @TitoOfLagos, she had shared a picture on her Whatsapp status showing off her legs with the caption;

“I just want to stay in bed all day” and added a crying emoji.

Reacting to the status, the person whose number was saved on her phone as Cab Guy replied,

“Can i come and eat your kinni while you stay in bed am sure it will help calm your nerves.”

Excuse me?!
Eat whose kini?? Are you mad or something becase what the hell is the disrespect for

Not backing out, the cab guy responded;

No disrespect intended, just being naughty with a friend i so must respect.

The explanation, however, didn’t go down well with Tito who blocked him after she replied;

See the chat below; 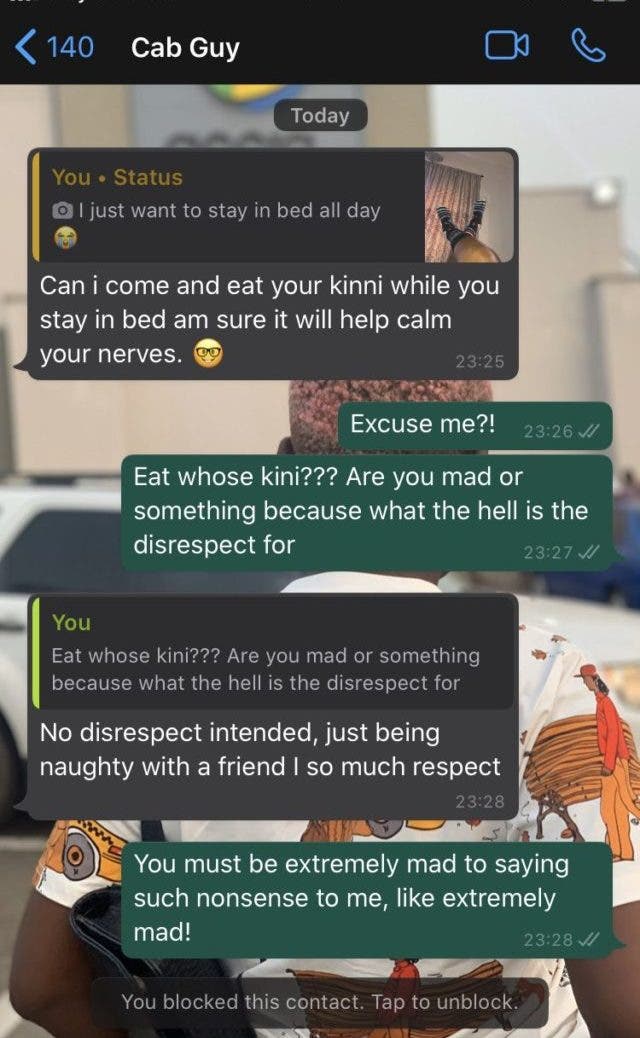 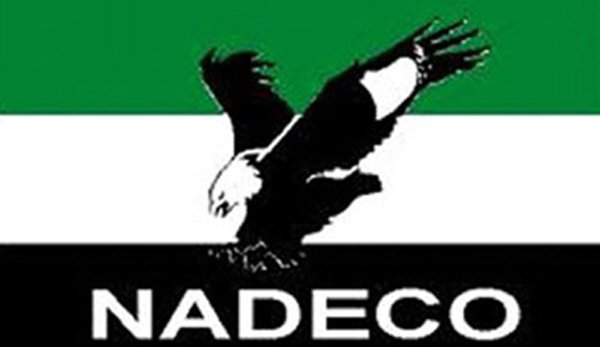 Late Aiyegbusi, according to NADECO was a patriot, an educator, and a worthy scion of the Ajasin family who died on Friday night at the age of 92 years.

Condoling with the Aiyegbusi and Ajasin families, NADECO, in a condolence message signed by the group’s General Secretary, Chief Ayo Opadokun at the deceased residence on Saturday in Lagos said the late sister of former governor of Ondo State and elder statesman stood for forthrightness, dependability and honesty of purpose.

The message read, “On behalf of the NADECO, we have come to express our deeply felt sympathy for the loss of our most distinguished and highly revered Mama, Chief (Mrs) Mary Aiyegbusi.

Mama and her equally dependable late husband Pa Aiyegbusi were our hosts throughout our important pro-democracy meetings where most important decisions about the campaign for the restoration of democracy to Nigeria were discussed and consummated.

Their residence was the epi-center where Papa Adekunle Ajasin always resides while in Lagos and it was where all the notable nationalists consulted with Papa Ajasin.

Mama was not a politician but she and her husband, late Pa Ayegbusi provided a soft ground for all major pro-democracy meetings that were held.

In fact, the second major meeting of NADECO was held here in one of the halls. She believed and uphold vigorously in the cause Pa Adekunle Ajasin pursued throughout his lifetime. She left for Nigeria a record of service to humanity, service to make life better for other people.

We would certainly miss Mama for her hospitality and sympathy for the course we were pushing through. We pray that the good Lord will grant her soul eternal rest. May God comfort the children and the entire family and grant them the fortitude to bear the pains of the great loss. Mama, you have come, seen and conquered. Rest in Peace.”

Commenting on the state of the nation and the role of Nigerian youths in nation-building, Opadokun stated that Nigerian youths have not taken their rightful position in the governance of the country.

MORE READING!  It's not our duty to unravel Boko Haram sponsors – Military

He disclosed that the future of an average Nigerian youth lies in the hand of Nigerian youth, noting that “It is unfortunate that Nigerian youths have not decided to take their future into their hands.

There is nowhere in the world where power-grabbers and power-holders will donate power to anybody. You must continue on a daily basis to fight for your right and resist all forms of oppression and misgovernance.

The Nigerian youths constitute a large percentage of the country’s population. It is unfortunate that they have not witnessed any good governance. All that they know about is the military dictatorship.

I am sorry for Nigerian youths. They don’t understand that they are losing. Nigeria is a God endowed the nation with abundant human and natural resources.

For about 20 years, Nigeria exported 2million barrels of crude oil daily at an average price of 100dollars per barrel. But where is the evidence of such earning?

The truth of the matter was that the Nigerian Army captured the entire nation in a military coup of 1966 and since then they have held us by the coercive instrument of government to ransom.

Nigerians have been denied their democratic rights to make a choice on how they want to be governed and where to belong.

Since they captured Nigeria, they parcelled the country among themselves. And they are still in charge to date either in total military khaki or in mufti where they are now.

In the sixty post-independence years of Nigeria, the military had governed for 28years. By the time General Muhammadu Buhari finishes his second term tenure in 2023 in addition to General Olusegun Obasanjo’s eight-year, the military would have governed Nigeria for 46years.

The military subjugated and abrogated constitutional governance upon which Nigeria secured her independence in 1960. Nigeria is made up of many ethnic groups who have been living peacefully for thousands of years owing to their lands, waters, vegetation, animals and everything before the strange element, the colonial masters, Great Britain interfered.

And when we forced them to leave, they handed us over to local feudal lords who have been trampling with our freedom and existence up till today.”

Emma Nyra to Nigerians: Rejoicing in Hushpuppi’s downfall will not put money in your pocket