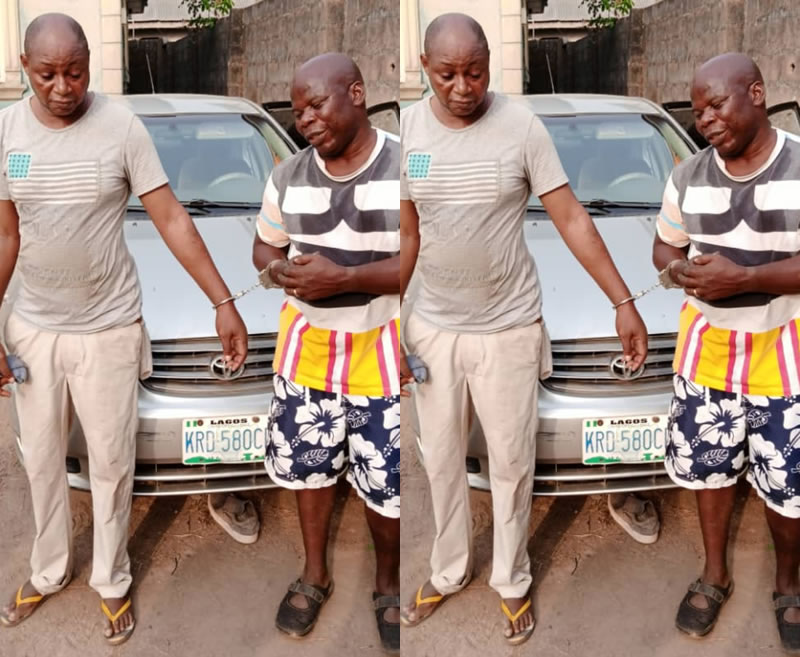 It was learnt that the suspects removed the car around 1pm from an unnamed church’s car park, while the Sunday service was ongoing.

A member of the church, who spoke on condition of anonymity, said that the robbers pretended to be members of the church, sat and listened to the sermon.

He stated that the suspects might have targeted the vehicle, known the owner and when the owner was likely to go out, adding that otherwise, it would have been almost impossible for them to come into the church’s car park and remove the vehicle.

“We couldn’t believe it when the owner of the vehicle wanted to go home after the service and he went right to where he parked the car but couldn’t find it. It was like a joke and a thorough search was conducted on the church’s premises and outside.

“When we couldn’t see the vehicle, the pastor had to call the police, who conducted their investigation.”

The Police Public Relations Officer in the state, DSP Bala Elkana, said the car was stolen around 1pm on Sunday, January 19, 2020, while the church service was still ongoing.

He added that when the police were informed about the incident, they used available technologies to track it to Ijagba village in Sango Ota after the Obasanjo Farms, Ogun State.

According to the PPRO, the car was recovered around 4pm on the same day and two suspects were arrested in connection with the theft.

“A Toyota Corolla saloon car that was removed from a church’s car park at the Shagari Estate, Lagos, around 1pm on Sunday, was recovered at Ijagba village in Sango Ota after the Obasanjo Farms on the same day.

“The car was recovered around 4pm by a team of policemen, who tracked it to the location. Two suspects have been arrested and the vehicle is at the station.”