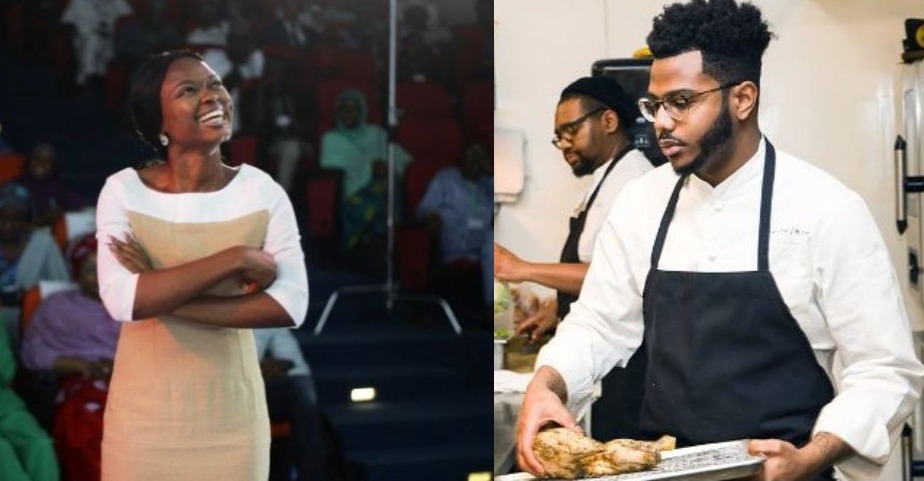 The Executive Director of Stand to End Rape (STER), Oluwaseun Ayodeji Osowobi and Nigerian-American chef, Kwame Onwuachi are two other Nigerians profiled in the 2019 Time ‘100 Next’ List.

WuzupNigeria reports that global artist, Njideka Akunyili-Crosby, was also profiled in the 2019 Time Magazine ‘100 Next’ list.

Osowobi an advocate for gender equality was listed in the ‘Advocate’ category for her fight against sexual assault in Nigeria through STER.

“Dismayed by the lack of resources available for sexual-assault survivors in Nigeria, Oluwaseun Ayodeji Osowobi decided to start an organization dedicated to the issue—despite her fears. “Telling my story as a survivor, that comes with a lot of stigma,” Osowobi tells TIME.

“Five years on, her organization Stand to End Rape (STER) has reached around 200,000 people across the country through its services, such as training for health workers and counseling for survivors. Osowobi—who has been honored as an Obama Foundation emerging leader—has big plans for 2020, including lobbying the Nigerian government for a stronger bill addressing harassment at universities. “

29-year-old Osowobi was named Commonwealth Young Person of the Year 2019 in March.

Reacting to her inclusion in the 2019 Time 100 Next List, she took to her Twitter handle and wrote:

I DON’T KNOW HOW TO FEEL! IN MY LITTLE CORNER, GOD FOUND ME & GAVE ME AN ASSIGNMENT. I OBEYED! THEN HE BLESSED WITH ME THE BEST TEAM!

NOW GOD IS SHOWING OFF WITH MY LIFE. HE IS EMBARRASSING ME.

YOU MAY NOT KNOW, BUT I KNOW WHAT THIS MEANS TO ME. LOCAL WOMAN WITH A GLOBAL GOD.🙏🏽 pic.twitter.com/Bbv2fhiMRr

Onwuachi, on the other hand, was profiled by Tom Colicchio, head judge on Top Chef, a popular American cooking show.

“He learned to be truthful with his food at a very young age, at a pivotal point in his career. That’s what sets him and his Washington, D.C., restaurant, Kith and Kin, apart: his decision to say, This is the food I should do. This is the message I want to put out there in the world. When a chef does that, it’s not pretty food on a plate anymore. It’s about telling a bigger story.

“The restaurant world is changing, and it’s becoming more inclusive. We’re starting to hear from different voices, and because of his honesty and his willingness to hold up a mirror to our industry, Kwame is one of the leading figures in that movement.”