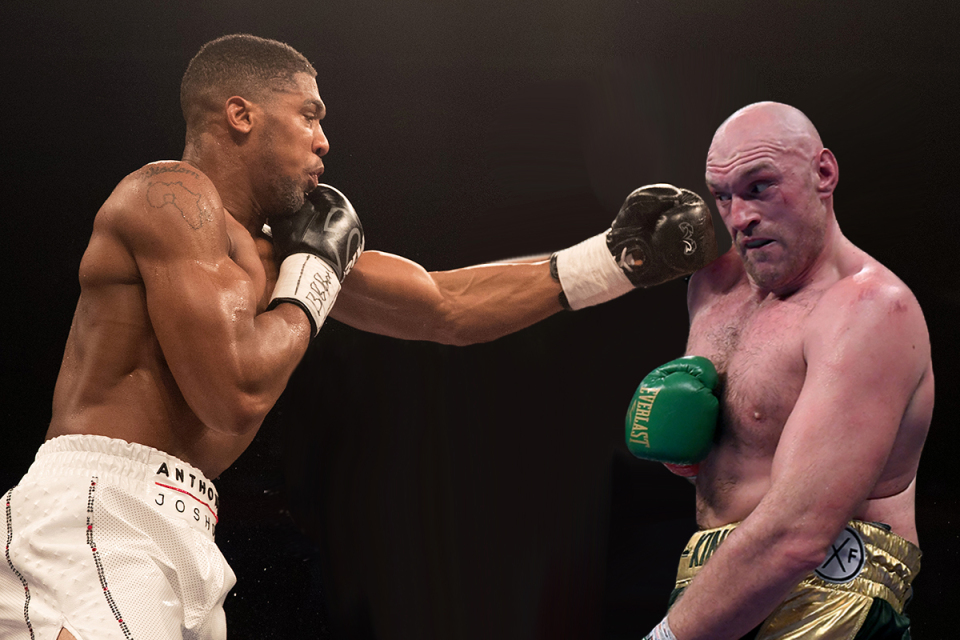 Heavyweight Tyson Fury has lashed out in the direction of Anthony Joshua.

Joshua, who holds the IBF, WBA, WBO, IBO world heavyweight titles, made a public offer to assist Fury as a sparring partner.

Fury is in training for his upcoming rematch with WBC heavyweight champion Deontay Wilder. The rematch with Wilder takes place on February 22 at the MGM Grand in Las Vegas.

Fury quickly accepted Joshua’s offer to become a sparring partner – but then there was no word from Joshua or his handlers.

The proposal was strange from the very start because Fury and Joshua could potentially face each other in the next twelve months.

“They offered hot air as usual. I accepted. They haven’t turned up, take what you want from it, that’s it. Joshua’s nothing like Wilder but I’d like to bring him over and give him a good hiding anyway. But they’re not going to come, let’s face it,” Fury told BoxingScene.com.

“They’re not going to come over and get beat up in sparring. It was just a stupid offer at a stupid time – wasn’t thinking, I accepted straight away, me being me, and that was it. I don’t read into it too much, he ain’t coming, simple as. He ain’t got the bollocks to turn up and spar, end of.”

Last month in Saudi Arabia, Joshua’s career got back on track when he boxed his way to a twelve round unanimous decision over Andy Ruiz in their rematch.

Fury was not impressed.

“I don’t think it was a great performance. I thought it was a hit and run, sh-thouse style, coward. Every time he stood still Andy rocked him to his boots. But it was what it was. He got the decision, fair play. On to the next one,” Fury said.