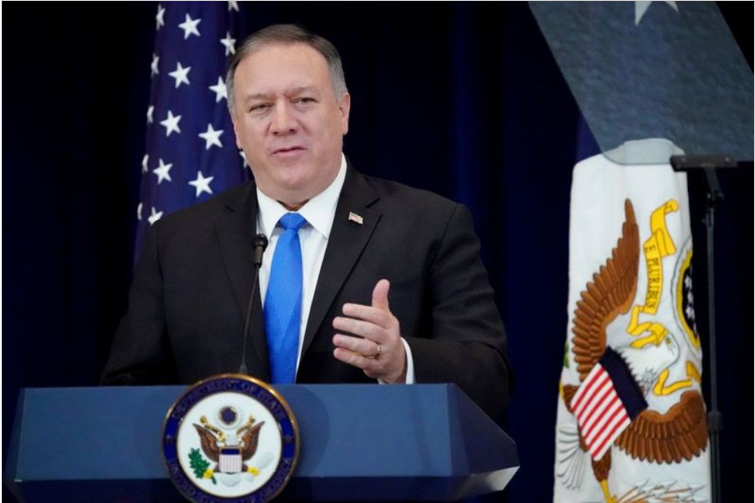 Secretary of State, Mike Pompeo says, Washington is committed to “de-escalation” after a U.S. air strike in Baghdad killed Qassem Soleimani, the architect of Iran’s growing military influence in the Middle East.

“Thankful that our allies recognise the continuing aggressive threats posed by the Iranian Quds Force.

“The U.S. remains committed to de-escalation,” the U.S. announced earlier that it had killed the commander of the Islamic republic’s Quds Force in a strike on Baghdad’s international airport.

The strikes were in response to a rocket attack last week that killed an American contractor working in Iraq.

The Pentagon said Soleimani had orchestrated attacks on coalition bases in Iraq over the past few months, including on Dec. 27, the day the contractor was killed.

Soleimani also approved the attacks on the U.S. embassy in Baghdad, according to the Pentagon.

Earlier, the U.S. Department of Defence on Thursday said that U.S. forces had carried out a strike that killed Soleimani, commander of the Quds Force of Iran’s Islamic Revolutionary Guard Corps.

“At the direction of the President (Donald Trump), the U.S. military has taken decisive defensive action to protect U.S. personnel abroad by killing Soleimani.

“This strike was aimed at deterring future Iranian attack plans,” said the Pentagon in a statement.

The Pentagon claimed in the statement that Soleimani had “approved” the attacks on the U.S. embassy and “had orchestrated attacks on coalition bases in Iraq over the last several months.”

Iran has denied involvement in the recent deadly attacks on the U.S. forces in Iraq.

Hours ahead of the U.S. strike, Pentagon chief Mark Esper said in a statement that “attacks against us will be met with responses in the time, manner, and place of our choosing.”

Tom Udall, a Democratic Senator from the State of New Mexico, described the move as “a reckless escalation of hostilities,” which could put “U.S. forces and citizens in danger and very possibly sinking us into another disastrous war in the Middle East.”

“President Trump is bringing our nation to the brink of an illegal war with Iran without any congressional approval as required under the Constitution of the U.S.,” Udall added in a statement.

After its unilateral exit in 2018 from the 2015 Iran nuclear deal, Washington has been mounting pressure on Tehran through a series of sanctions to seek re-negotiations.

Iran has maintained a tough stance and scaled back its nuclear commitments in response.

Similarly, Israeli Prime Minister Benjamin Netanyahu on Friday said that the U.S. had the right to defend itself by killing senior Iranian commander Qassem Soleimani.

“Just as Israel has the right of self-defence, the U.S. has exactly the same right.

“Soleimani is responsible for the death of American citizens and many other innocent people. He was planning more such attacks,” Netanyahu said in a statement issued by his office.

Netanyahu spoke on the airport tarmac in Greece after cutting short a trip abroad to fly back to Israel.

“President Trump deserves all the credit for acting swiftly, forcefully and decisively.

“Israel stands with the U.S. in its just struggle for peace, security and self-defence,” he added.