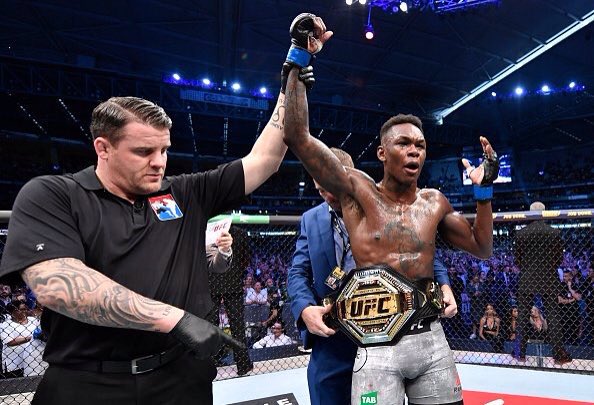 Israel Adesanya’s dramatic ascent, both to stardom and the top of the UFC’s middleweight division, is complete.

The 30-year-old Nigerian-born New Zealand resident rolled over Robert Whittaker in a middleweight title unification fight in front of an announced crowd of more than 57,000 at Marvel Stadium in Melbourne, Australia on Saturday night (Sunday afternoon local time).

Adesanya (18-0), who entered the bout as an interim titleholder, knocked out Sydney’s Whittaker (20-5) with a flurry of punches at the 3:33 mark of the second round in the main event of UFC 243.

The deft, flashy kickboxer took some time figuring out his range in the opening round. Whittaker came out firing big bombs, putting everything he had into every punch, and some of them connected. Adesanya, though, landed a huge right hand that dropped Whittaker to the mat, but the horn sounded to end the round just before Adesanya could finish him.

The second round was all Adesanya, as he effortlessly eluded Whittaker with footwork and head movement. Whittaker did land a flush straight shot to the face, but Adesanya responded with a rapid-fire counter combo, the second a brutal left to the jaw that floored Whittaker and quickly ended the fight.

In just 20 months since making his UFC debut, Adesanya has gone 7-0, finishing three of his opponents. Whittaker, for his part, had a nine-fight win streak spanning more than five years snapped.

In the evening’s co-feature bout, New Zealander Dan Hooker (19-8) took another step forward as a serious contender in the lightweight division with a thoroughly one-sided victory over popular New York brawler Al Iaquinta (14-6-1).

Hooker slowed his foe with calf kicks, pierced him up with crisp combos and got the best of the ground game for good measure. The tough Iaquinta made it to the final horn, but Hooker took a unanimous decision on scores of 30-27, 30-27, and 30-26.

In three other main-card affairs, Serghei Spivac (10-1) of Moldova submitted Australia’s Tai Tuivasa (10-3) with an arm triangle in the second round of a heavyweight bout; Brazil’s Dhiego Lima (17-7) slipped by New Zealand’s Luke Jumeau (13-5) via split decision in a welterweight fight; and Cape Verde’s Yorgan De Castro (6-0) knocked out fellow heavyweight Australia’s Justin Tafa (3-1) in the first round. 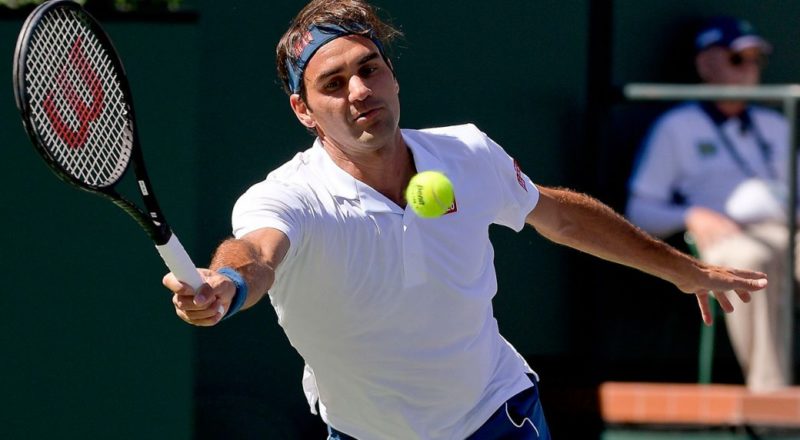 According to the annual Forbes list released on Friday, Roger Federer, is now the world’s highest-paid athlete for 2020 as Lionel Messi has been knocked off the top spot.

This helped him to move up four places and become the first player from his sport to top the list.

Roger Federer won the Swiss Indoors at Basel for the 10th time in his career last year, demolishing young Australian Alex De Minaur 6-2, 6-2 to secure victory at his home-town tournament.

At 38, Federer won his 103rd trophy and his fourth of the season after Dubai, Miami and Halle.

“The coronavirus pandemic triggered salary cuts for football stars Messi and Ronaldo. It cleared the way for a tennis player to rank as the world’s highest-paid athlete for the first time,” said Kurt Badenhausen, senior editor at Forbes.

“Roger Federer is the perfect pitchman for companies, resulting in an unparalleled endorsement portfolio of blue-chip brands worth 100 million dollars a year for the tennis great.”

Osaka and Williams were the only women on the list.

Basketball players led all sports with 35 players among the top 100.

Football was the next most-represented sport with 14 players, followed by tennis (six), boxing and mixed martial arts (five), golf (four), motor racing (three), and baseball and cricket with one each. 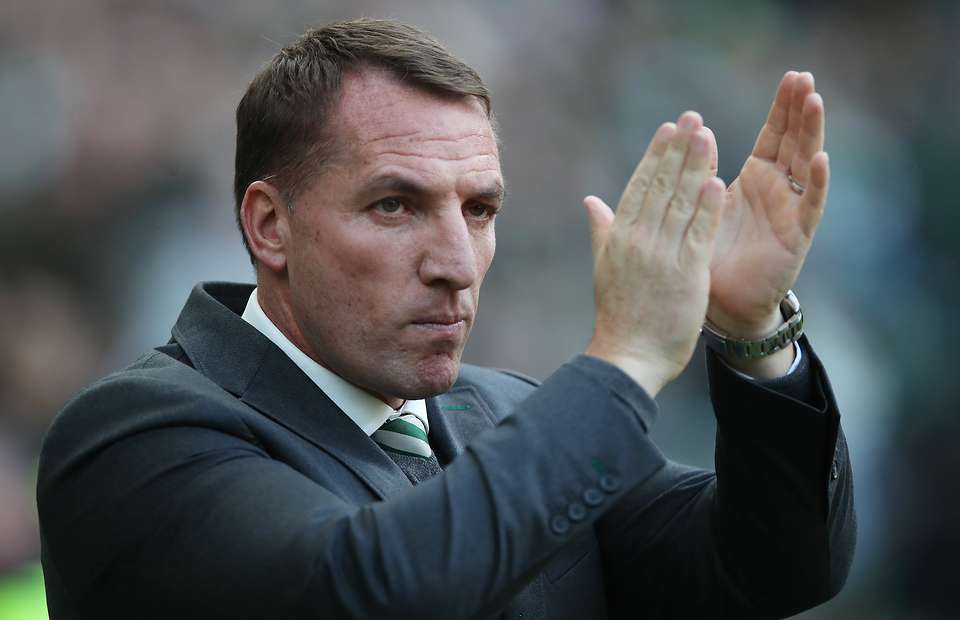 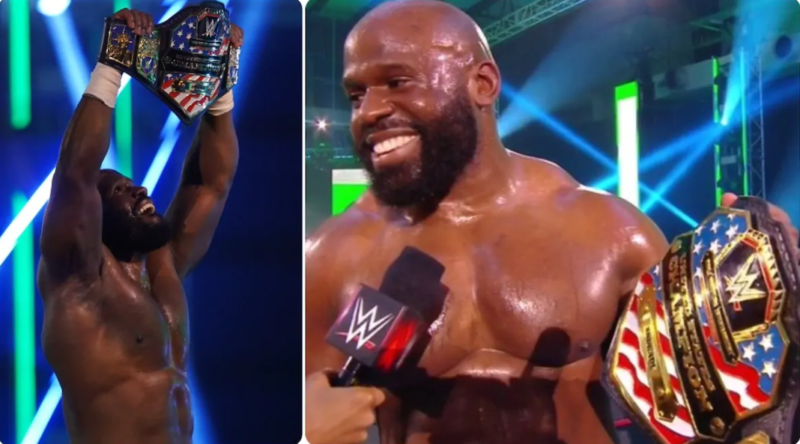 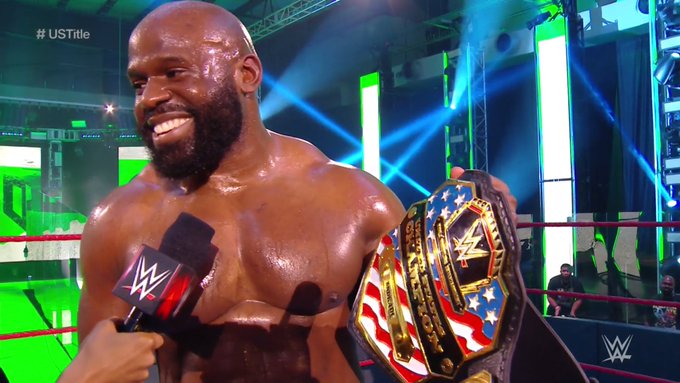