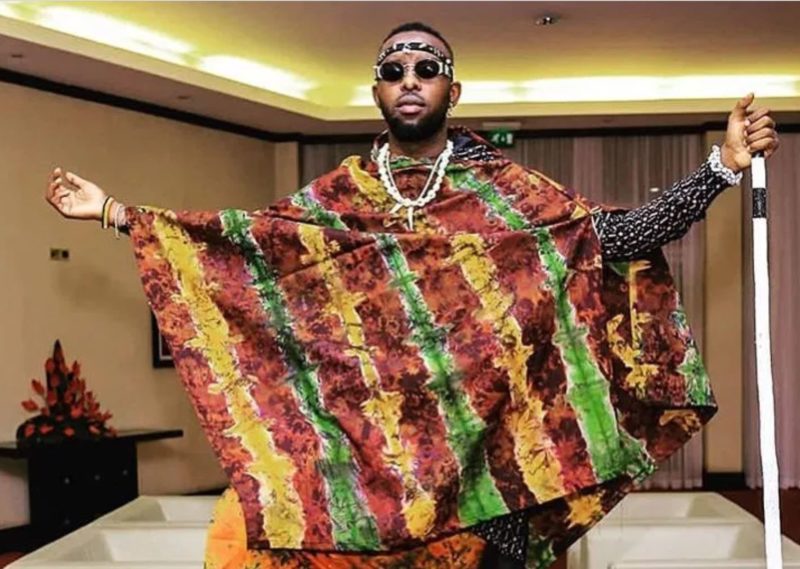 The 2019 nominations list was released over two months ago and the event held in Newark, New Jersey, USA on Saturday.

The AEAUSA awards have honoured Africans’ excellence since 2015. They are held annually in New Jersey, with over 30 awards presented during the two-day event in honour of entertainers, entrepreneurs, and community leaders.

Eddy Kenzo pick up award ahead of Africa’s finest musicians – Flavour, Diamond Platnumz, Davido, Wizkid, Shatta Wale, Yemi Alade, Stonebwoy, Tiwa Savage, and Tekno who had been nominated in the same category with him.

While reacting to his success via his Facebook, Kenzo wrote:

The 2015 BET winner received international attention after the release of his 2014 single, “Sitya Loss” and an accompanying viral video that featured the Triplets Ghetto Kids.

In total, he has released 4 albums, including most recently, Roots, in 2018. Kenzo has also won numerous national and international awards, including a Nickelodeon Kids’ Choice Award in 2018, a BET Award in 2015, and multiple All Africa Music Awards.

MORE READING!  My life Switched from a Milli to a Billi - Patoranking hints at being a billionaire

It uses entertainment as a platform, to showcase an Africa that is united, self-sufficient, and willing, and able to evoke social change that matters most in the communities of Africans all over the world.