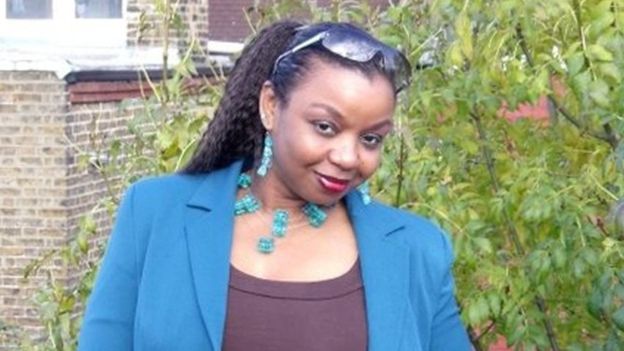 Torture charges against the ex-wife of former Liberian president Charles Taylor have been dismissed at the Old Bailey.

Agnes Reeves-Taylor, 54, was charged in 2017 over a string of offences – some involving children – during the West African country’s civil war.

The university lecturer, from Dagenham in east London, denied wrongdoing and was due to stand trial in January.

But after a technical appeal, judge Mr Justice Sweeney dismissed all charges.

Ms Reeves-Taylor was due to face a trial for torture and conspiracy to torture relating to events alleged to have taken place in 1990, during Liberia’s bloody civil war.

Ms Reeves-Taylor’s ex-husband was Liberia’s president from 1997 until 2003 and is currently serving a life sentence for war crimes in Sierra Leone.

However, Mr Justice Sweeney ruled that the case against Taylor’s former wife could no longer continue.

He said there was a lack of evidence that the Taylor regime had governmental control over the areas where Ms Taylor’s alleged crimes happened. This was a key test for a conviction for torture in UK law – and therefore Ms Reeves-Taylor had to be released from remand in prison.

The eight allegations Ms Reeves-Taylor faced concerned events in 1990 as the civil war raged across Liberia.

She had denied she had been involved in any crimes.

“I have asked myself in relation to each count whether there is sufficient evidence taken at its reasonable height upon which a jury could properly conclude that at the time and location of each offence, the NPFL [Charles Taylor’s forces] was exercising governmental function in the relevant area.

“In my view the answer in each instance is clearly in the negative.”

Ms Reeves-Taylor smiled as she appeared in a video link from Bronzefield women’s prison in Surrey to hear the ruling.

Detectives at the Metropolitan Police’s war crimes unit began looking into her background in 2014 after receiving allegations from investigators working for two justice campaign groups in West Africa.

The business lecturer was then arrested and charged in June 2017.

Since then she has fought to have the case dropped – and her lawyers have previously told the court that she had no official position in Charles Taylor’s regime.

Ms Reeves-Taylor has lived in the UK since 1998 but her future is now uncertain.

While she is legally resident having claimed asylum, her application to settle permanently was refused under a Home Office rule that there were serious reasons to consider that she had, amongst other things, committed a crime against peace, a war crime, or a crime against humanity.

Her appeal against that decision remains outstanding.

Emmanuelle Marchard, of Civitas Maxima, one of the two campaign groups that had assisted the Scotland Yard investigation, said the end of the case was “heartbreaking” for those who wanted their stories to be heard in a British court.

“However, as a legal organization, we recognize the legal achievements of this case. In this sense, we welcome the decision that the UK Supreme Court delivered in November, which confirmed as a legal principle that members of non-State armed groups may be prosecuted for crimes of torture under UK law.”

And Charlie Loudon from Redress, a UK charity campaigning for war crimes justice, said while the result was “difficult” it was clear that armed groups such as ISIS and the Taliban could now be prosecuted for torture in a British court.

“The priority is that the UK continues to invest in prosecuting cases like this. For many victims across the world their only hope for justice is through a British court,” Mr Loudon said.

A spokesperson for the Crown Prosecution Service said the “landmark case” had helped define the boundaries of torture law in the UK.

The BBC has contacted Ms Reeves-Taylor’s representatives for comment.