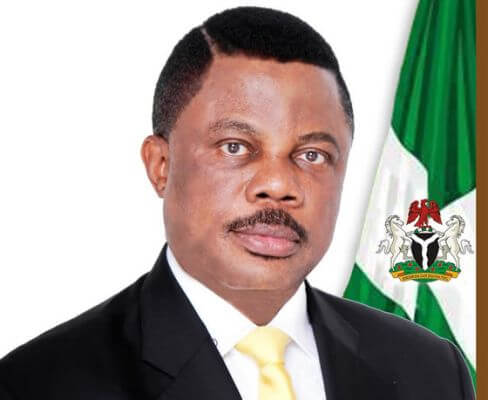 Udemezue died about a week ago of diabetes and COVID-19-related complications.

In a memo to Governor Willie Obiano by an unnamed commissioner, the state accused the late professor of treating himself in his private clinic.

The memo obtained by our correspondent on Wednesday read in part:

“Professor Udemezue reasonably suspected that he was afflicted by COVID-19, but he chose to hide the illness from the hospital where he was working. He treated himself in his private hospital in Nnewi, his hometown.

“Self-treatment in a serious contagion like COVID-19 is a grave error. His private hospital is not designated for management of COVID-19 cases.

“It is regrettable that the Anambra State Government and its health bodies were not aware of Professor Udemezue’s health challenge. Government officials became aware after the professor had died. The professor was brought secretly to NAUTH when his case had become very bad, and it was not reported to the state government rapid response team.”

The memo said half of the workers in the administration department of the teaching hospital where Udemezue wife was working were in self-isolation. 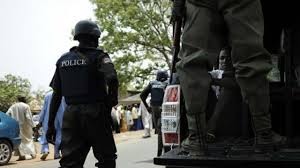 Abang gave the directive in a statement by SP Haruna Mohammed, the command’s spokesman, and made available to newsmen in Awka on Wednesday.

Following the recent upsurge in cult activities in the state, the commissioner summoned an emergency meeting with Area Commanders, Divisional Police Officers, and tactical commanders at the state command headquarters.

He directed immediate and aggressive manhunt of perpetrators, including their sponsors in order to stem the tide of the menace.

According to him, the directives started yielding positive results as some notorious suspects have so far been arrested and are making useful statements about their levels of involvement.

The commissioner expressed the command’s determination in ensuring that criminals had no hiding place in the state no matter how highly placed they might be.

According to him, the command will not relent in the total clampdown on cultism and other heinous crimes in the state and will deal decisively with anyone apprehended in accordance with the law.

“Consequently, the command further assures the people of its commitments toward providing safety and security in the state.

“The command also urges parents and guardians to caution their children to refrain from cultism and other nefarious activities as anyone found wanting will face the full wrath of the law,” the commissioner said.

Abang, however, urged the public to utilize the following phone numbers in case of any emergency and to report suspicious persons for prompt response, please.

He also released the contacts of the state’s Anti-Cult Commander, SP Uche Onyinaya, 07033778430 and that of the Command’s Spokesman, Haruna Mohammed on 08060970639 for information that will lead to the arrest of suspected cultists in the state 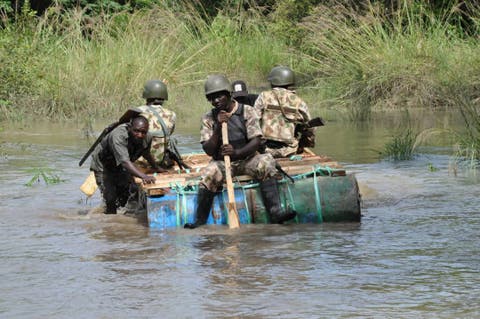 The Coordinator, Defence Media Operations, Maj.-Gen. John Enenche disclosed this in a statement on Wednesday in Abuja.

Enenche said the troops, acting on credible intelligence, monitored movements of a suspected pirate/sea gang leader, who had sneaked into town from Port Harcourt, in the company of another known notorious kidnapper.

He explained that the troops thereafter raided the pirates’ camp at Tukugbene-Ayama Ijaw Local Government Area, to arrest both suspects and their gang members.

According to him, upon arrival at the personal jetty of the suspect, troops met heavy resistance from harassing gunfire from pirates/militants in five boats that approached from adjoining creek.

“But the overwhelming firepower of our troops led to the forceful withdrawal of the pirates/militants, with various degrees of gunshot wounds.

“The gallant troops sustained the firefight until five of the pirates/militants were neutralized ashore.

“Furthermore, three of the attacking boats were sunk while the occupants with various degrees of gunshot wounds escaped into the river.

“In the process, troops recovered three boats from the pirates.

“Additionally, our troops took over the jetty and advanced to the objective area which was empty,” he said.

Enenche said that the troops cordon off the area and conducted a search of the building where the suspects were believed to be residing and thereafter cleared the building.

The coordinator further disclosed that troops also raided an identified hideout belonging to a notorious criminal/kidnapper and oil thief along Mbiama East-West road.

According to him, during the operation, the troops arrested the kingpin while attempting to escape and recovered items which include a locally made pistol and cartridges.

“(The suspect) is reported to be a close ally to a notorious criminal known as VIP suspected to be one of the masterminds of the killing of 5 Battalion Soldiers around East-West road.

“The Military High Command congratulates the gallant troops for their dexterity and encourages them to remain resolute in curtailing the activities of pirates/militants in the Niger Delta region of the country,” he said.

I’ll invoke no work, no pay rule if… Fayemi to striking doctors 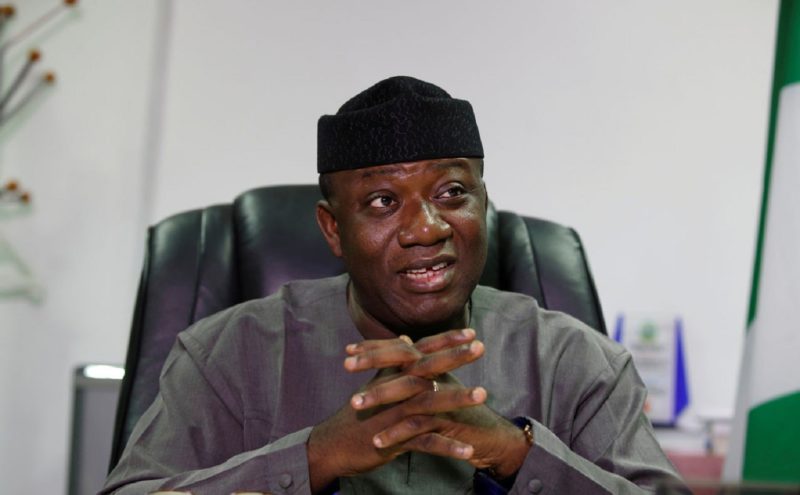 Ekiti State Governor, Dr Kayode Fayemi, has appealed to doctors under the aegis of National Association of Government General Medical and Dental Practitioners (NAGGMDP) to suspend their ongoing strike to prevent being forced to invoke the no work, no pay rule of the Trade Dispute Act.

The doctors had on June 30 withdrawn their services, after exhausting 28 days ultimatum issued to the government, in protest against alleged wage disparity, unpaid backlog of allowances, among other matters.

Fayemi gave the appeal on Wednesday in Ado-Ekiti, the state capital during a statewide broadcast transmitted by all broadcasting stations domiciled in the state.

The governor called on the striking doctors to suspend their action in the interest of poor citizens who could not afford to seek treatment in private hospitals, noting that while arrears of unpaid allowances can be collected, a life lost cannot be reversed.

“We can always collect arrears of unpaid allowances, but a life lost cannot be reversed. That is why I should like to call on the doctors to take the patriotic route like other health workers and the organised labour for an immediate end to the needless strike.

“I do not want to be put in a situation where I have to invoke the no work, no pay in Ekiti,” he warned.

Fayemi said he felt more worried that workers, who got promoted five years ago have not enjoyed financial benefits of such elevation, saying it wasn’t his style and intention to deprive people of their legitimate entitlements.

“I am pained in my heart that people who got promoted since about five years ago have not enjoyed the corresponding financial benefits. These are things which give me great pain and which I am absolutely committed to assuaging their feelings.”

Fayemi explained that the government was unable to pay workers’ accumulated benefits due to drastic reduction in the federal allocation.

“Ekiti had consistently received from the Federation Account, an average N3billion in the last six months with a monthly wage bill of N2.8bilion.

“Apart from the fact that our monthly received federal allocation has dropped considerably because of low crude prices and off take, our internally generated revenue has gone worse as many businesses that should pay taxes are themselves under different government supports to stay afloat.”

He, however, commended the leadership of the Joint Associations and Unions of Ekiti State HealthCare Workers and organised labour for suspending their industrial actions, assuring that all demands of workers are being looked into in line with what state resources can accommodate.