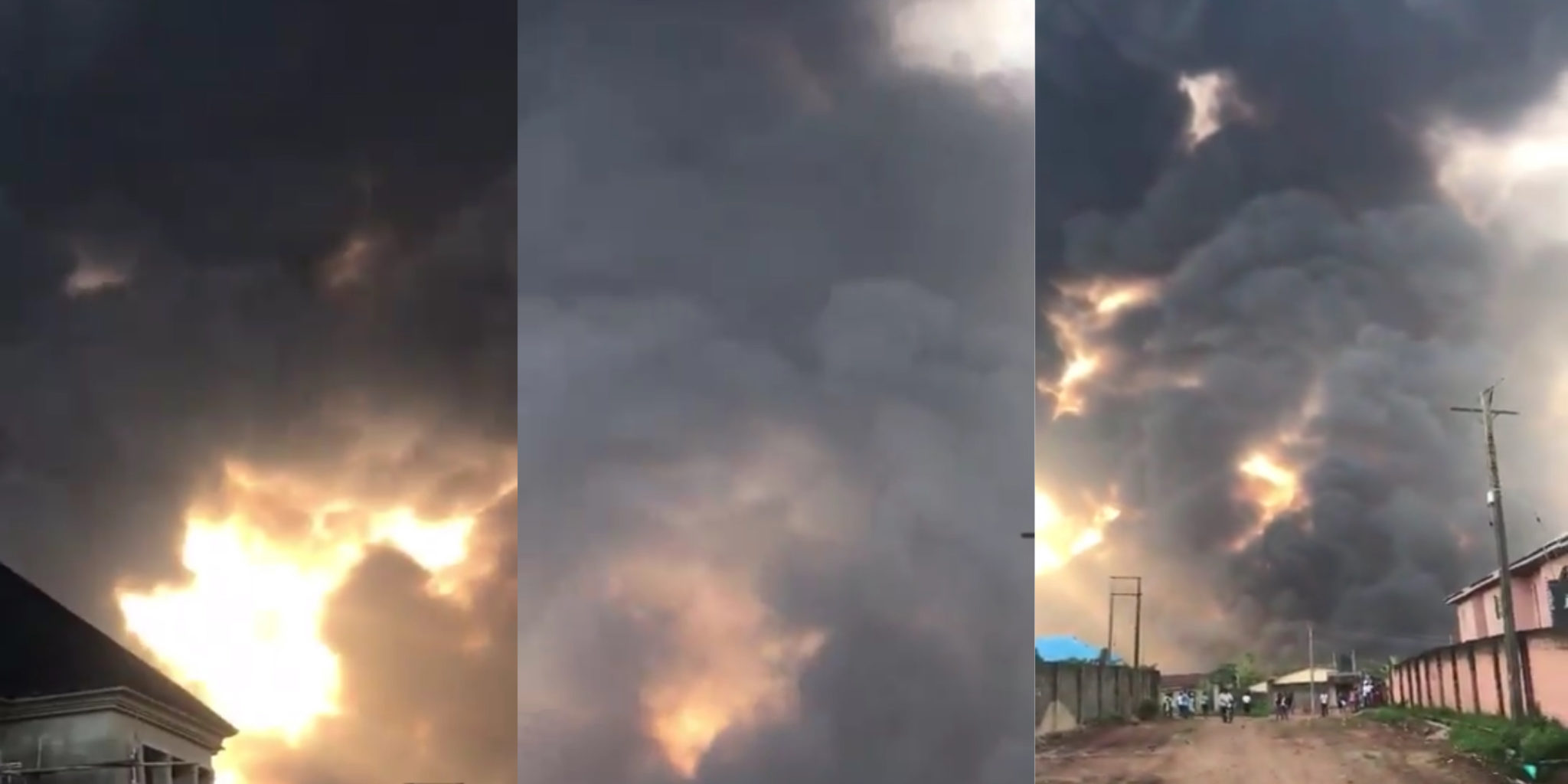 In a video making rounds online, people can be heard panicking and calling their loved ones to steer clear of the affected area.

Reports say the fire incident was caused by suspected vandals who ruptured a pipeline belonging to the Nigeria National Petroleum Corporation (NNPC) in the area in a bid to steal fuel.

“Two people were burnt to death, and another victim who sustained 70-degree burns has been taken to Igando General Hospital for treatment,” he said.

“What we gathered from bystanders was that the victims were performing spiritual cleansing when the fire met them there and burnt them. But the pastor escaped and ran away.

“We saw the sponges used for the cleansing at the scene of the fire incident. Rescue and recovery operation is ongoing.”