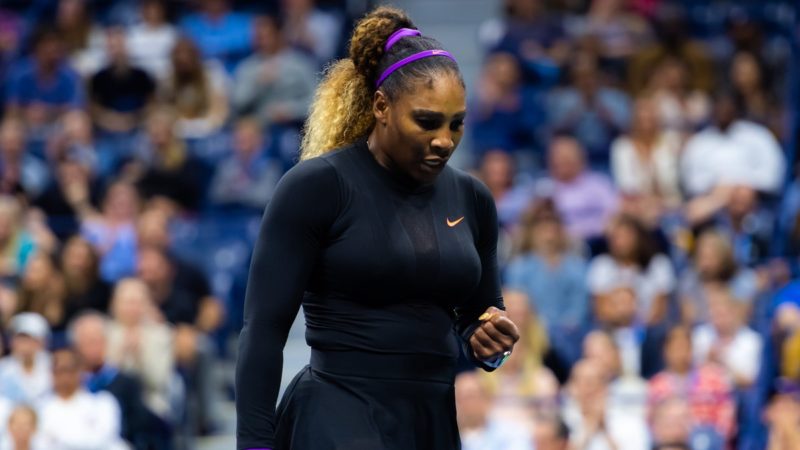 Serena Williams won her first US Open two years before Caty McNally was born – and she had to use all her experience to avoid crashing out to the 17-year-old.

Williams, the 23-time grand slam winner and last year’s runner-up, found herself staring down the barrel of a major upset against her fellow American.

McNally, standing up to Williams’ second serve, had the 37-year-old on the ropes when she took the first set.

But Williams dug deep in a dramatic late-night session in New York to win 5-7 6-3 6-1 and progress to the third round.

“I think she really came out and played well, she showed no fear, she had nothing to lose and she played like it,” said a relieved Williams.

“It’s refreshing, and it’s a different game. I don’t get to play players like that too often.

“I knew I could get better, I tried to let Serena come through a little bit. In the first set she was picking out my wide serve, but I have two other serves so I tried them.

“I survived tonight. I’m not too pleased with the way I played at all. Serena you made way too many errors. But I’m still alive and I’ll do better, I promise.”

Continue Reading
You may also like...
Related Topics:Caty McNally, Serena, Tennis, US Open