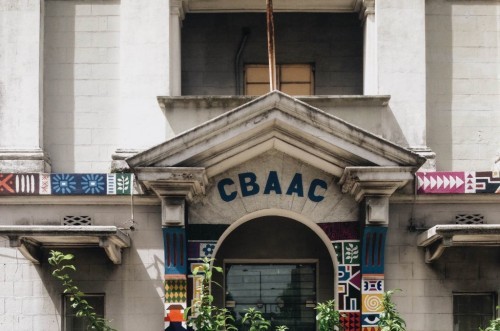 The Director-General of the Centre for Black and African Arts and Civilisation (CBAAC) on Friday harped on the need for Nigerians to use their cultural diversities to build a formidable nation.

Mrs. Osaro Osayande told the News Men in Lagos that Nigerians needed to live in love, peace, and harmony to achieve national aspirations.

Osayande spoke to reporters in an interview to commemorate World Culture Day.

World Day for Cultural Diversity for Dialogue and Development, known popularly as World Culture Day is an UN-approved international day for the promotion of diversity.

The day is set aside to help communities to understand the value of cultural diversity and learn how to live together in harmony.

Osayande said that Nigeria’s multi-cultural potential was a huge asset that provided opportunities that Nigerians should take advantage of to achieve national development.

She said that most of the conflicts experienced in the country were due to cultural differences, advising citizens to take out time to understand one another’s culture.

“We all must learn to live peacefully, respect people’s culture, and not make jest of anyone’s culture.

“We are meant to celebrate our cultural diversity as a people because there is a whole lot we can achieve with that when we take our time to understand one another.

“We should learn to interact with one another to make the right decisions and not take decisions based on assumptions.

“Living peacefully in love and harmony will enable us to achieve our goals as a nation.”

She also advised Nigerians to learn at least one local language that is not their mother tongue to hasten cultural integration.

The director-general enjoined parents to educate their children and wards on cultural issues to integrate them into their cultural milieu.

“Everyone must attain a level of the majority to imbibe the mode of dressing of other ethnic groups and also learn to cook and eat other people’s dishes.

“No culture should be seen as inferior or superior to another,” said Osayande. 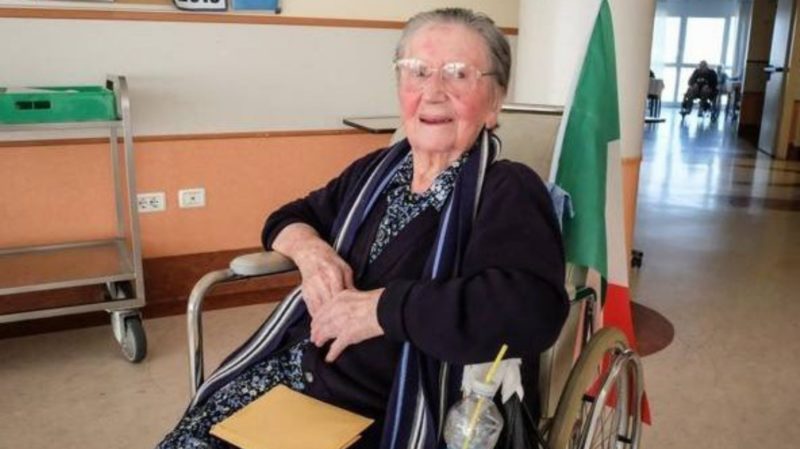 A 108-year old woman has survived from the novel coronavirus pandemic which has taken a lot of lives in Italy.

The woman identified as Fatima Negrini from northern Italy has joined the ranks of the very few centenarians who have recovered from COVID-19.

“God forgot about me,” Italian newspaper Corriere della Sera quoted Negrini as saying in its Saturday edition, reporting that the woman turned 108 on Wednesday.

The paper published a picture of the wheelchair-bound Negrini in front of a chocolate and cream cake, flanked by a carer with a giant heart-shaped birthday card.

Negrini has been a resident for many years of the Anni Azzurri San Faustino nursing home in Milan, a spokesman for the facility told dpa.

She caught the novel coronavirus in April and tested negative in mid-May, and was “always” an asymptomatic COVID-19 patient, he added.

According to Corriere, Negrini has three sons aged 89, 88, and 78, four grandchildren, and two great-grandchildren.

Italy is one of the countries worst hit by the novel coronavirus, and the impact of the pandemic has been particularly hard on nursing homes in Milan’s Lombardy region.

On Friday, the Italian Civil Protection agency reported 33,774 fatalities, the world’s fourth-highest death toll after the U.S., Britain, and Brazil.

In Negrini’s nursing home, several residents died. “Fatima hasn’t realized yet who is no longer around,” Laura Catena, the assistant in the birthday picture, told Corriere. 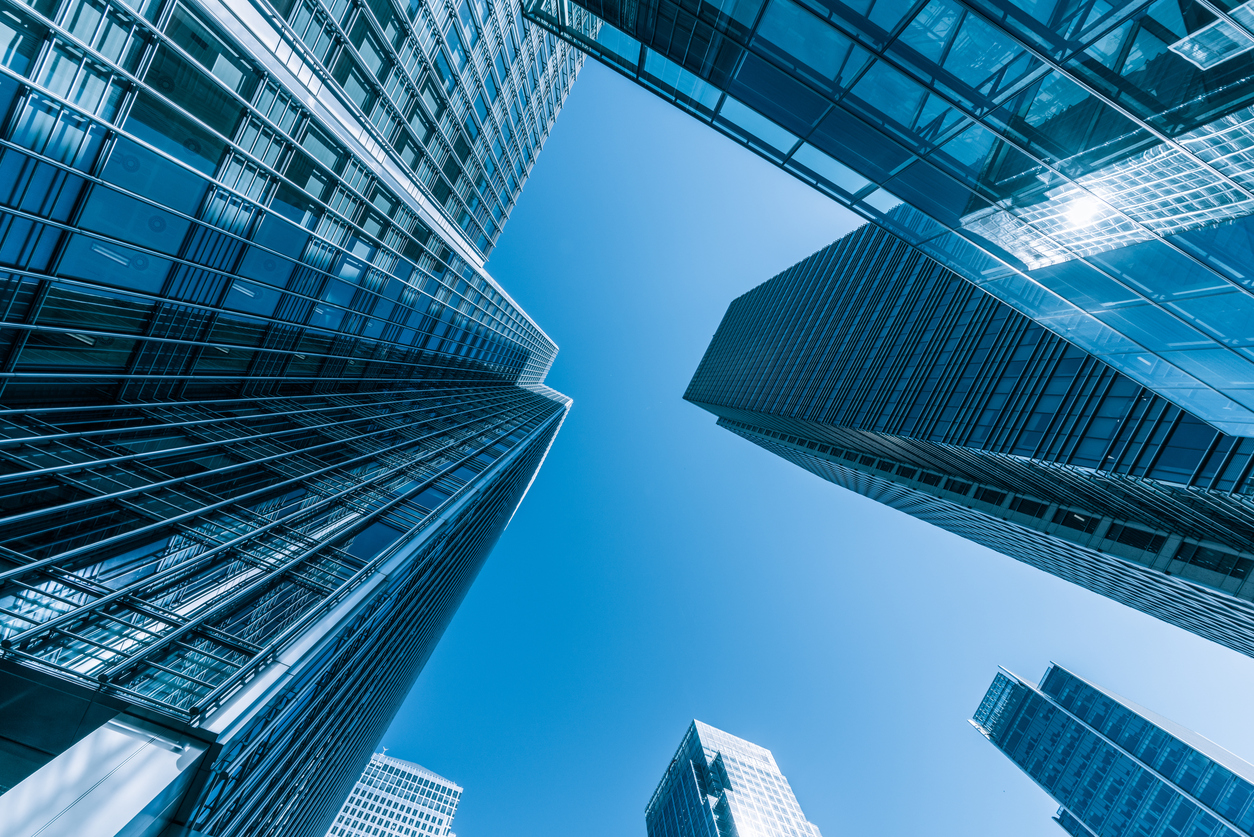 Mr. Anjan Sircar, Berger Paints Nigeria Plc (BPN), Managing Director, said in a statement on Saturday in Lagos, that the product was introduced to tackle the incidence of imperfect painting inherent in the country.

Sircar said BSP was introduced to deliver quicker, neater and smoother painting in the most efficient and effective way with the use of mechanized and advanced tools.

He said the new service was borne out of the company’s ingenuity and constant quest for innovative products and services.

Sircar noted that the company had always been at the forefront of trail brazing in products and service delivery.

“ Berger Swift Painting is a new concept in the Nigerian Painting Industry.

“The concept is expected to revolutionize the industry in Nigeria. Berger Paints Nigeria Plc is the first paint company to offer this novel service in Nigeria.

The new service will completely change the process of painting in the country.

“It will ultimately make project execution quicker, neater, and smoother.

“You don’t have to worry about paint spillage or dust on the furniture, there is on-site support to help move and cover your furniture to ensure your space remain neat.

“They follow all hygiene protocols to ensure the safety of lives and properties.

“This is more apt at this period of COVID- 19 Pandemic.
“The painters will properly sanitize their hands and use appropriate nose masks.

“Apart from havoc posed by fake products in the Nigerian Paint Industry, prolonged duration of painting, dusty environment while painting and poor finishing are other challenges faced by customers.

“The introduction of Berger Swift Painting Service will solve all these militating challenges by delivering quicker, neater, and smoother painting.

“The new service from BPN’s stable is expected to bring Nigeria at par with the Western World in the area of quality service delivery,” he said.

He said the company which commenced operation in Nigeria on the 9th of January 1959 has grown to be a leader in the voting and allied Industry in Nigeria.

According to him, it has over the years built a reputation as the first in setting standards in the paint industry in Nigeria.

“It has pioneered a wide range of specialty products that are much sought after in this dynamic and ever-changing market,” he said 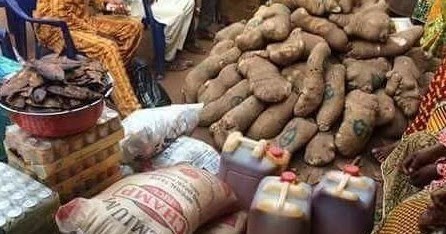 A Nigerian man has taken to the microblogging platform to defend Igbo parents who don’t support inter-tribal marriages.

He waded into a conversation ignited by a Twitter influencer who disclosed that her marriage plans crashed because her Igbo boyfriend’s mother  didn’t like the fact that she was Yoruba,

@urchilla01 claimed that these Igbo parents are the ones who experienced the civil war and the deep hatred and divide which was fostered by other tribes after the war.

He also pointed out that there is a lot of difference in traditional beliefs and practices between the different tribes in Nigeria.

“I’m tired of seeing people express disgust when they read stories about igbo parents rejecting marriages for their children to other tribes! I’m really tired of it! These parents are the ones that experienced the civil war!” he tweeted.

“These parents are the ones that grew up in the deep hatred & divide that followed the war, fostered by other tribes!”

“Stop blaming them for rejecting inter-tribal marriages! They have the right to the paranoia that they express! If you’re lucky to have an igbo person whose parents don’t mind, or who’s strong enough to fight for both of you, then thank God for you; but by all means stop blaming these parents!”

“Again, it’s obvious there’s a lot of difference in traditional beliefs & practices between the different tribes of Nigeria! The way marriage is patterned in Nigeria, you’re not only getting married to your spouse, you’re also getting married into or to their family!”

“Don’t blame them for taking care to ensure they have in-laws who have the same values as them! Please dead this criticism, it’s all so cliche now! Also, if you’re dating someone, discuss these things!”

“Don’t wait till after 6 years of courtship & realise the family don’t want another tribe! Stop shooting yourselves in the damn foot! Urrggghh!”

“A lot of comments here just show that you people don’t understand that marriage is an “institution”. You think it’s just to find one person your heart is doing kikum kikum for & rush to altar E go shock you.”

Majek Fashek: A legend should not be buried as an ordinary mortal, family seek financial support to fly singer home