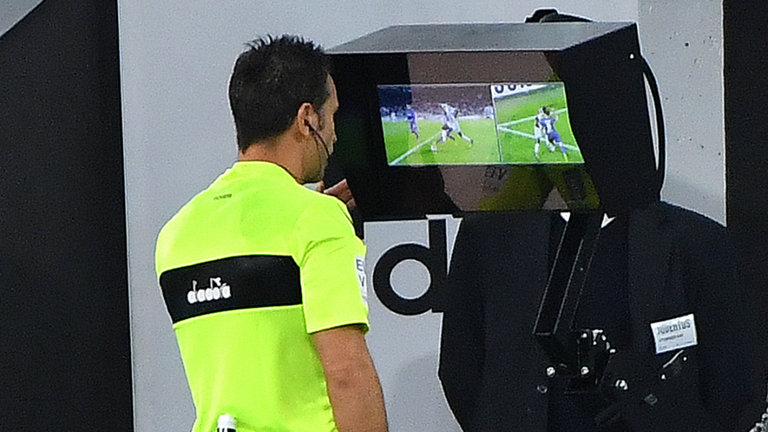 A new survey by YouGov has revealed that two-thirds of football fans believe Video Assistant Referees [VARs] have made the game less enjoyable.

The survey, published today, claims 60 per cent of fans believe VAR, introduced at the start of the season in the Premier League, has worked badly, with supporters giving the technology an average rating of just 4/10, Sky Sports reports.

The Premier League has conducted its own research into VAR, after 250 Premier League games this season, and will present its findings to clubs at a routine meeting in London on Thursday.

Since VAR’s introduction, it has provided enhanced information on big screens to provide greater clarity on the decision-making process.

Referees are now expected to use pitchside monitors [Referee Review Areas] for the upgrading and downgrading of red card incidents for serious foul play or violent conduct.

The Premier League has also held education meetings with club supporter groups to explain how and why VAR is used.

Time limits are not put on VAR decisions, to prevent additional pressure on match officials

The International Football Association Board [IFAB], the game’s lawmakers, currently prevent the Premier League and other competitions from showing video clips, or still images, until the referee has made a decision.

IFAB does not allow direct audio communication from the referee or VAR to supporters. It is due to hold its annual general meeting in Belfast on February 29. 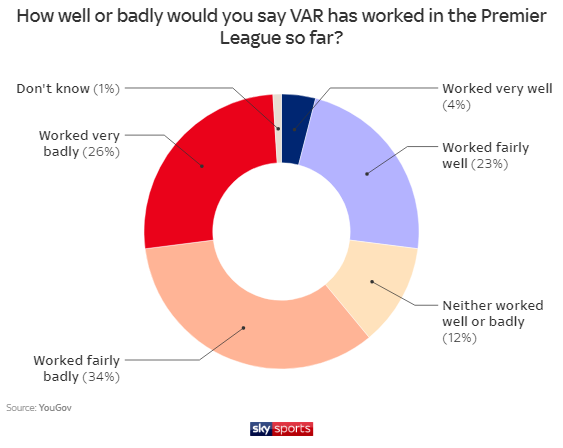