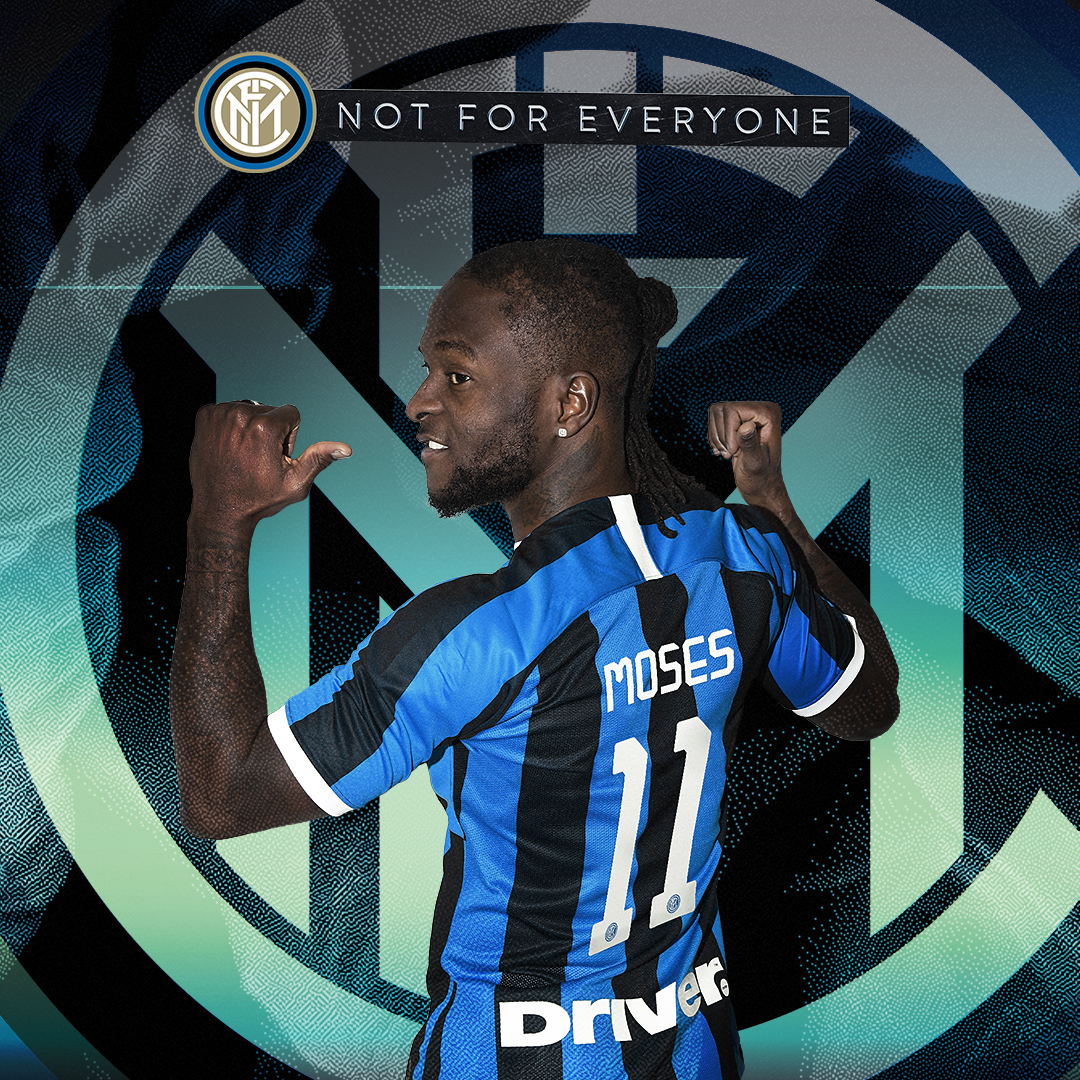 Italian Serie A side Inter Milan have announced the signing of Victor Moses from Chelsea on a loan deal with an option to buy.

The 29-year-old moves to Serie A for the remainder of the campaign after spending the first half of this season with Fenerbahce in the Turkish Super Lig.

Moses was a key player under Antonio Conte when Chelsea last won the Premier League title in 2016-17 and will reunite with his old boss at San Siro.

Inter did not confirm the details of the purchase option, but it has been reported they will need to pay €10 million to sign the Nigeria international.

Moses is the latest Premier League player to move to Inter, who are second in the Serie A table, four points behind champions Juventus.

Romelu Lukaku and Alexis Sanchez joined from Manchester United in the previous transfer window, before Ashley Young followed suit by heading to the Nerazzurri this month.

With Moses’ arrival secured, Inter are now expected to push ahead in their efforts to sign Christian Eriksen, having lodged a formal bid for the Tottenham playmaker this week.

Moses could make his debut in Sunday’s Serie A clash with Cagliari.