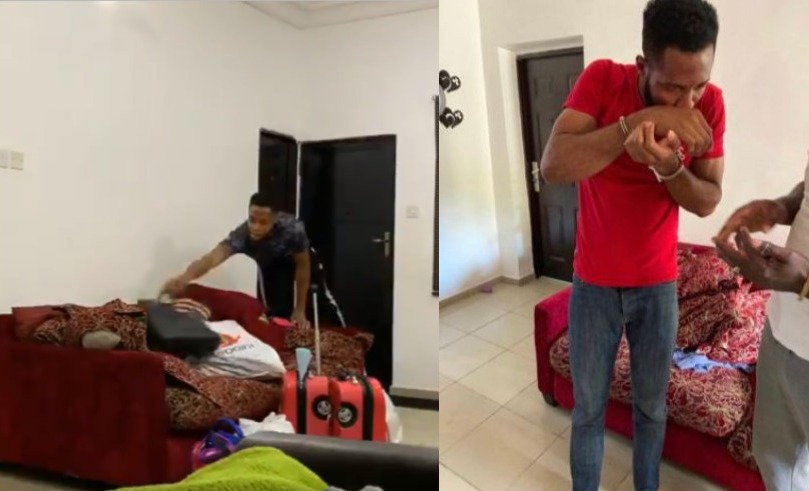 A private home teacher has been caught on hidden camera searching the home of his student’s parent with the intention of stealing valuables.

Footage showing the moment the man was searching handbags left in the sitting room is presently making the rounds on social media.

The yet-to-be-identified man is said to have been hired as an English teacher by a woman in Abuja.

According to a Twitter user, @IHENKILIGAGA, who shared the video on social media, there have been cases of missing valuables in the house in the past and the parent of the kid decided to install a hidden camera to unravel the mystery behind the missing items.

It didn’t take long before the woman discovered that the English tutor she hired for her son, has been responsible for the stolen items in her house.

“ABUJA STAY WOKE. My sister hired this English tutor to coach her son &money started missing from her bag on a daily. She set up a camera & this is what she got. We also found out he had stolen phones, wristwatches, and many other things.

“He will come in every day, ask his student to either go get him water or go get a textbook then he will set out searching the bag or the shelve. He stole a lot.

“He escaped police custody and is presently on the run.”

READ ALSO: Davido was not arrested in Dubai, Soberekon says

In the footage, the man was seen searching bags and hurriedly going back to his seat where he is believed to be teaching the student.