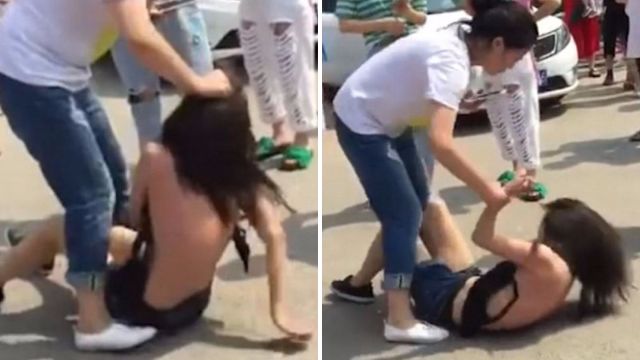 A woman stripped her alleged love rival and beat her in the street while people looked on and it was captured on video.

At least two women joined the attack to punish the woman for supposedly being in an adulterous relationship.

They are part of a group of friends who cheer the assault on and take photographs as part of a public humiliation.

Their victim starts to cry as she lies on the ground with her clothes ripped.

The video has gone viral in China, widely shared on social networking site Weibo.
Many said it was sickening to victimise the woman in this way, saying things like ‘You should hit your man’ and ‘Why is the woman to blame.