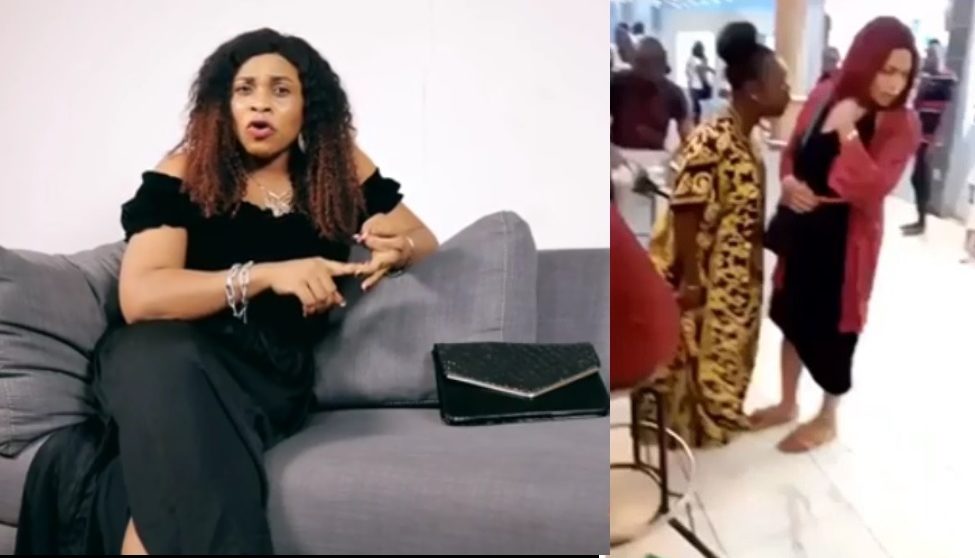 The lady who was seen in a viral video last week being humiliated at the Ikeja City Mall by a woman has finally broken her silence.

WuzupNigeria reported that the lady was attacked by a yet-to-be-identified woman who accused her of being her husband’s side chick.

In the footage which went viral on the internet and sparked series of reactions from social media users, the woman pulled off the lady’s wig to provoke her reaction but she did not say a word to her accuser.

The alleged side chick who was later identified as Roselyn/@obaebaecares on Instagram is also a marriage counselor.

She took to her IG page to react to the viral video and said all the allegations against her are not true.

Denying the rumors, she said she is a professional matchmaker and she counsels so many people, so she feels someone came in disguise as a single man.

She added that the truth will come out soon, but advised that next time, married women should set things right with their husbands.

“Obaebae is a relationship platform where we bring people together creating new homes and also enhancing old ones. Meaning, single married are our target market, so I should not be found wanting in such (side chick scandal).

“Truth is I was shocked, because it was hard for me to explain where that was coming from. There was no reason for me to retaliate because I am not a fighter.

“Believe me, it wasn’t true. I just don’t even know what happened but I know the truth will come out.”