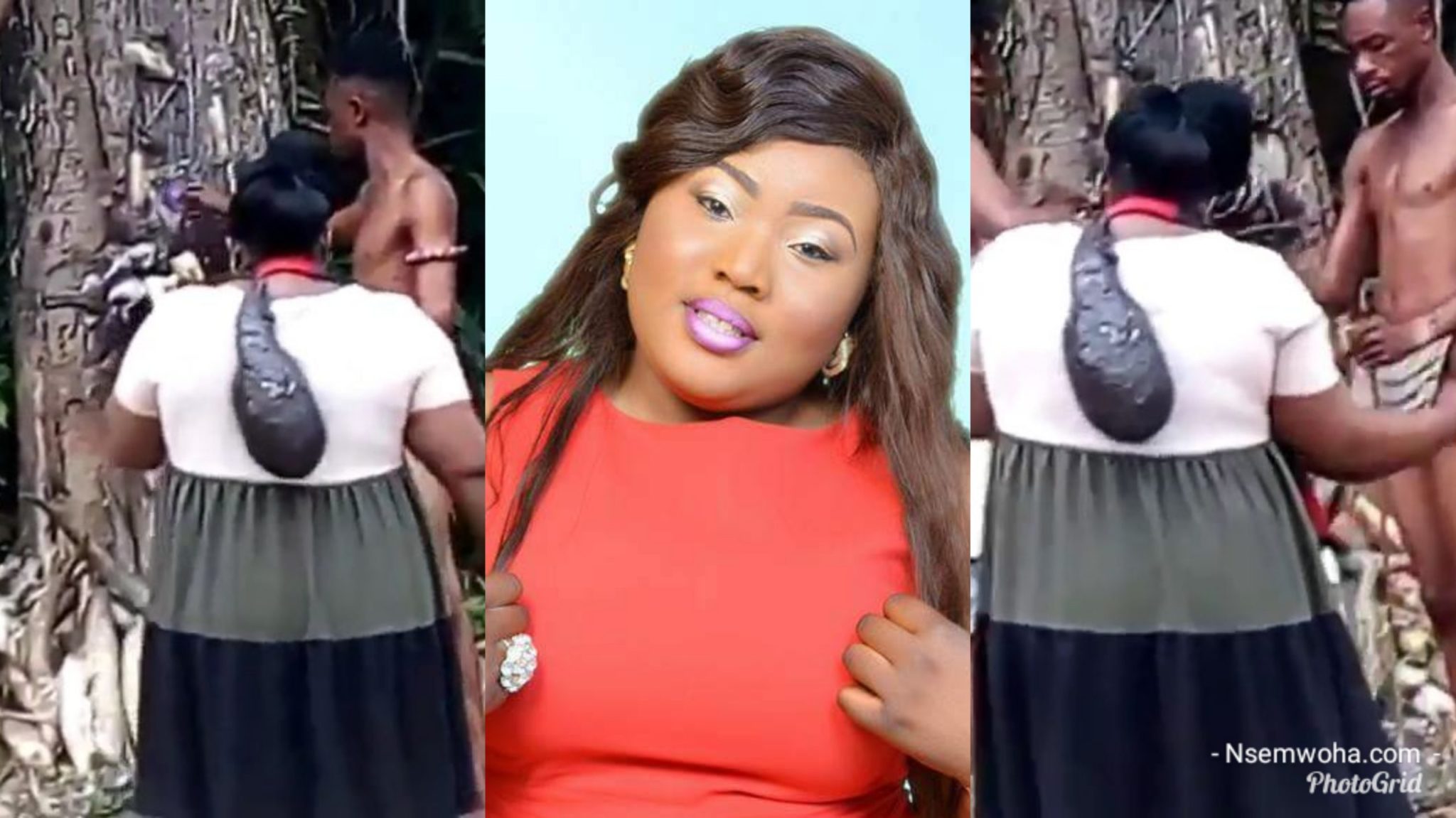 A video of a Ghanaian gospel musician, Ohemaa Jacky, carrying out what is believed to be rituals at the shrine of a popular priest in Ghana is presently making the round on social media.

In the viral video, Ohemaa who is a known gospel singer was seen being conducted through some ritual processes at the shrine of the priest identified as Nana Show Boy.

In some parts of the footage, the singer was seen sitting on the floor as the incantations were being recited.

According to Ghpage.com, Ohemaa Jacky who is based in the United Kingdom traveled to Ghana purposely to seek help from the priest.

Did Davido feature Cardi B in ‘Fall’ remix?
Filmmaker says rape without violence should be legalized, wants women to always cooperate