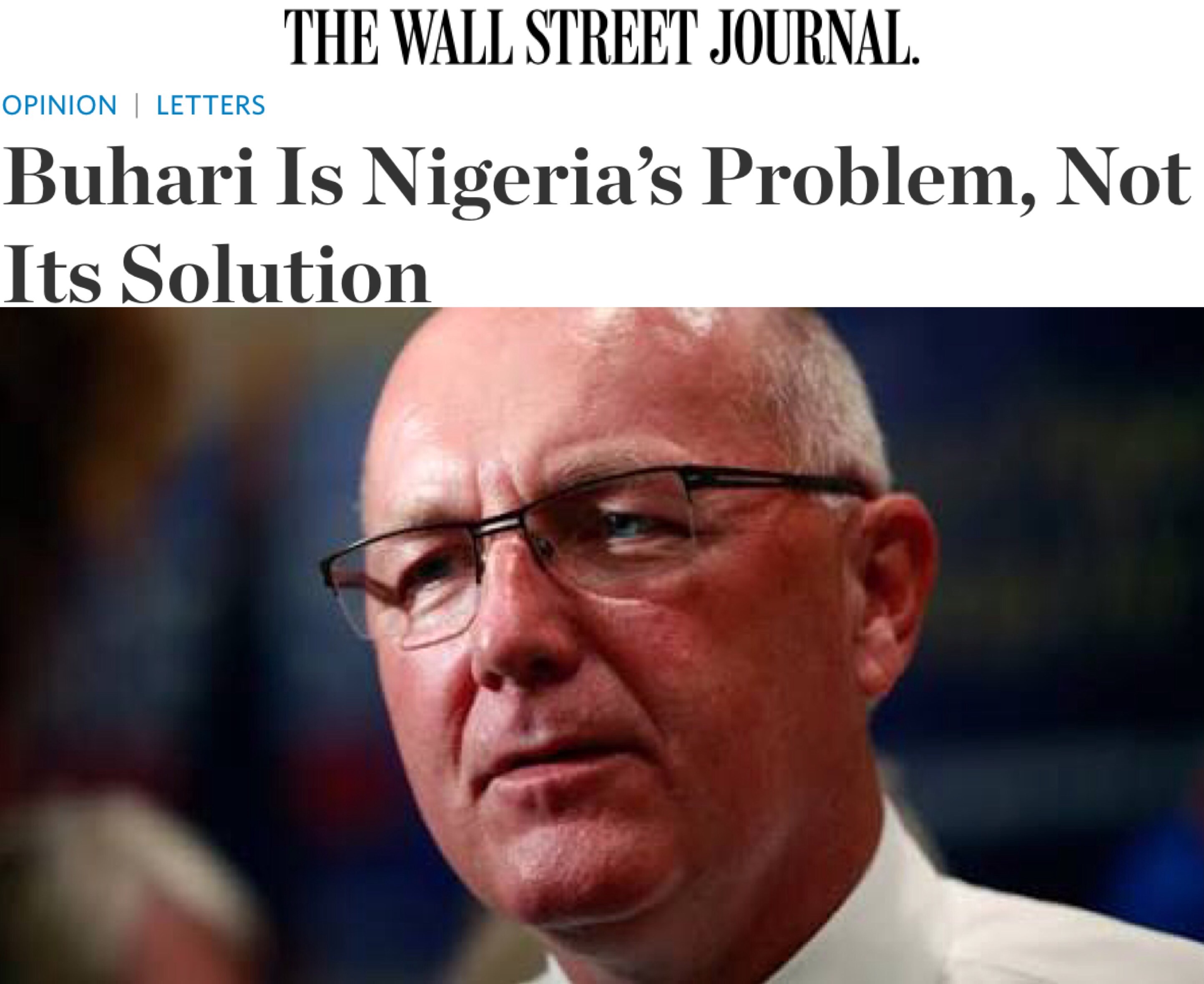 Two days after Pres. Buhari wrote an article titled “The Three Changes Nigeria Needs,” on the Wall Street Journal, Pete Hoekstra has written a rejoinder titled “Buhari Is Nigeria’s Problem, Not Its Solution.”

It reads: “It’s hard to see how his administration’s inflexibility, lack of vision and reactive approach will achieve this. Mr. Buhari notes that building trust is a priority for Nigeria. But an anticorruption drive that is selective and focused on senior members of the opposition party creates deep political divisions.

Meanwhile, members of Mr. Buhari’s own cabinet, accused of large-scale corruption, walk free. 70% of the national treasury is spent on the salaries and benefits of government officials, who make upwards of $2m a year.

As for Mr. Buhari’s ideas to rebalance the economy and regenerate growth, his damaging and outdated monetary policy has been crippling. The manufacturing sector, essential to Nigeria’s diversification, has been hardest hit, exacerbating an already fast-growing employment crisis.

Foreign investors have started to flee en masse. Mr. Buhari makes only brief mention of the country’s deteriorating security situation. But security and stability are precursors to economic growth and development. Boko Haram has been pushed back for now, but little attention is paid to the structural issues that have spurred its rise.

Instead, the government has diverted much-needed military resources to the Niger Delta, where rising militancy has reduced Nigeria’s oil production to less than half the country’s capacity, and half the amount required to service the national budget. Much of these tensions arise from Mr. Buhari’s decision to cut amnesty payments to militants and an excessively hard-line approach in a socially and politically sensitive environment.

Other ethnic tensions are also growing. In the country’s south, protests have been met by a bloody response from the military, stoking the fire and galvanizing support for Biafra. Rising tensions could again pose one of the greatest threats to Nigeria’s stability and future.”