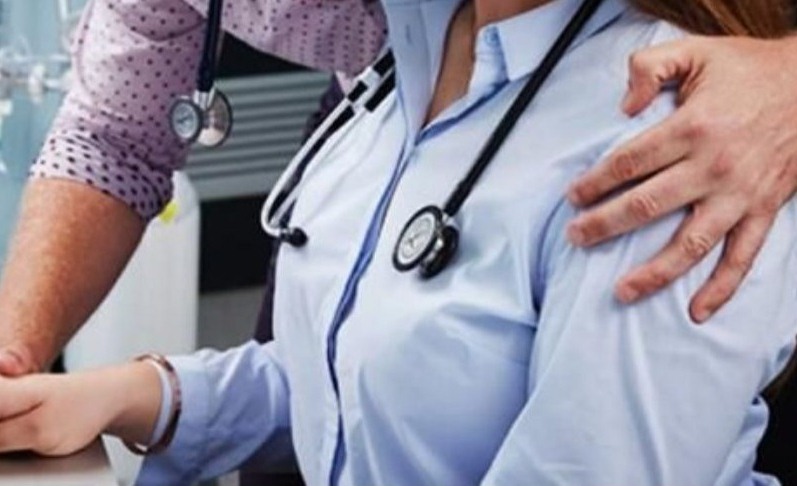 Mrs Ednah Obinna, a Dermatologist, based in Abuja, says 20 per cent of dermatomyositis cases are associated with the development of internal cancer.

Dermatomyositis is an inflammatory muscle disease that is often marked by skin inflammation and muscle weakness.

Obinna said in an interview on Monday in Abuja, that persons experiencing raised, scaly skin and bumps on their knuckles might be experiencing early signs of dermatomyositis.

She explained that the disease shared many common characteristics with other serious auto-immune diseases, and often caused the immune system to attack the body tissues.

According to her, the human skin serves as an early indicator of other issues that the body may be revealing.

She said the skin was the largest organ in the body and the only organ that could be physically seen and touched at all times.

“It is true that many conditions like dry skin, rashes, and other minor skin problems are, sometimes, caused by simple treatable things like allergic reactions and the weather.

“Many other skin issues are often indicative of severe diseases like diabetes and liver failure,” she explained.

Obinna said that while skin rashes were treatable and could easily disappear in a few days, they could sometimes be embarrassing and annoying.

She, however, said that if one exhibited dark, velvety skin on the back of the neck, armpits, or the groin, then it might be an early indication of diabetes.

According to the skin specialist, such rash that discolours and dries out the skin, is common with obese people; adding that such persons should get their blood sugar checked if they notice such discolouration of the skin.

Similarly, the dermatologist said that Rosacea could also be Alzheimer’s, a disease said to be the official cause of death in one out of three elderly persons.

“We always attempt to find early warning signs of the disease, so that we can treat it early and more accurately.

“Studies have shown that women with rosacea have as much as 28 per cent increase in the risk of dementia, which makes getting properly diagnosed and treated for the skin disease important, especially if you are over the age of 60,” she stressed.

Obinna, however, said that yellow discolouration of the skin and eyes could be as a result of liver failure or jaundice, which was typically associated with newborn babies.

“The liver disease occurs in preemies when their livers are not matured enough to rid their bloodstream of excess bilirubin.

“In most cases, treatment of Jaundice is unnecessary as the disease disappears on its own just in a couple weeks,” she said.

She added that in adults however, the same discolouration could indicate some serious liver issues.

“In that case, the doctor may have to conduct a series of urine tests to help determine the functionality of your liver,” she said.

The dermatologist also advised early treatment of psoriasis which was often linked to heart disease.

Psoriasis is a condition in which skin cells build up and form scales and itchy, dry patches.

Psoriasis is thought to be an immune system problem and triggers include infections, stress and cold.

“Psoriasis exhibits itself through; scaly, itchy patches on the skin that causes extreme discomfort and can even lead to joint pain.

“Psoriasis is typically treated with topically prescribed medications that can help stop the skin cells from growing and clustering so rapidly and work to smooth and soothe the skin,” she added.

She noted that though there was still no known cause of psoriasis, the skin condition had often been linked to more complex complications like extreme stress and heart disease.

Obinna, however, advised that people who showed signs like extreme weight loss and general body pains should consult a general physician for the best course of action.

Continue Reading
You may also like...
Related Topics:Cancer, Disease, skin