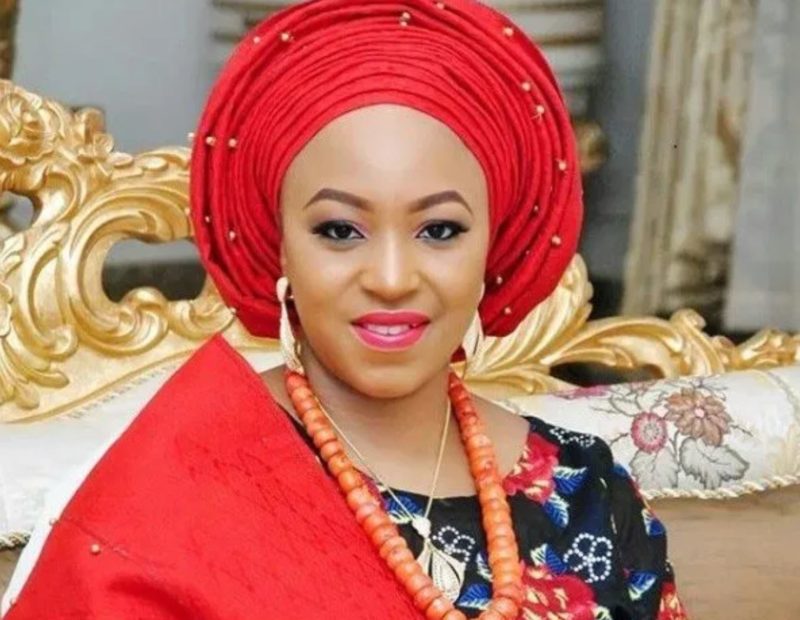 Celebrities, politicians and successful businessmen, women do come out to inspire people by sharing their grass to grace stories. And Aishatu Mohammed, wife of Bauchi Governor, Bala Mohammed, has revealed she was born into a family of 100 girls and had no formal education when she got married.

Mrs Mohammed revealed that she married her husband at 16 as “a stark illiterate” and only began schooling after her third child.

Mrs Mohammed stated this in Bauchi at the occasion of the “Naija Youth Talk”, organised by the Bauchi Field Office of the United Nations Children Fund (UNICEF)

“I was 16 years old and a stark illiterate when I married my husband.

“We were 100 girls in our family; none went to school; I only started school after my third child,” she said.

She decried the high rate of illiteracy and early marriage among young girls in the state, blaming the situation on parents who believed formal education for the girl-child was a mere waste of resources.

“We were 100 girls in my family, but none of us had a formal education; I had never been to primary school in my parent’s house.

“This is because our parents never believed in educating the girl-child; I struggled to go to school, but they refused.

“I picked the challenge to be educated from my brothers and after I had my third child, I insisted my husband gets me a home teacher.

“That’s how I started and I later went to secondary school. Today I am a graduate of Public Administration from the University of Abuja,” she narrated.

Mrs Mohammed emphasised the importance of educating not only the girl-child but young people in society. She added that such a move would curb crimes and social vices in the society.

She called on relevant government agencies and organisations to ensure that parents and caregivers were adequately sensitised on the need to allow young boys and girls to go to school.

“The crimes in society cannot stop until we give proper education to women and youths in the society.

“So, I call on relevant agencies to go into our communities and sensitise parents to allow their children, particularly the girl-child, to go school,” she advised.

She also admonished young people to go into meaningful ventures that would enable them to become self-reliant, rather than wait for white-collar jobs.

“One of my sons is today a farmer. His father was a former senator, minister and today a governor, yet he is doing farm business.

“Same goes to his sister who is into catering. I always encourage my children to be self-reliant, so I am I challenging all of you here today,” she advised.

The programme was put together to enable young people to articulate and proffer solution to some of the eminent challenges hampering them from attaining their full potentials in life.

The event is in preparation for the forthcoming celebration of the 30th Anniversary of the Convention of the Right of the Children in the country.

The event had youth between the ages of 16 to 24, from Plateau, Adamawa, Gombe, Taraba, Jigawa and Bauchi states, as participants.