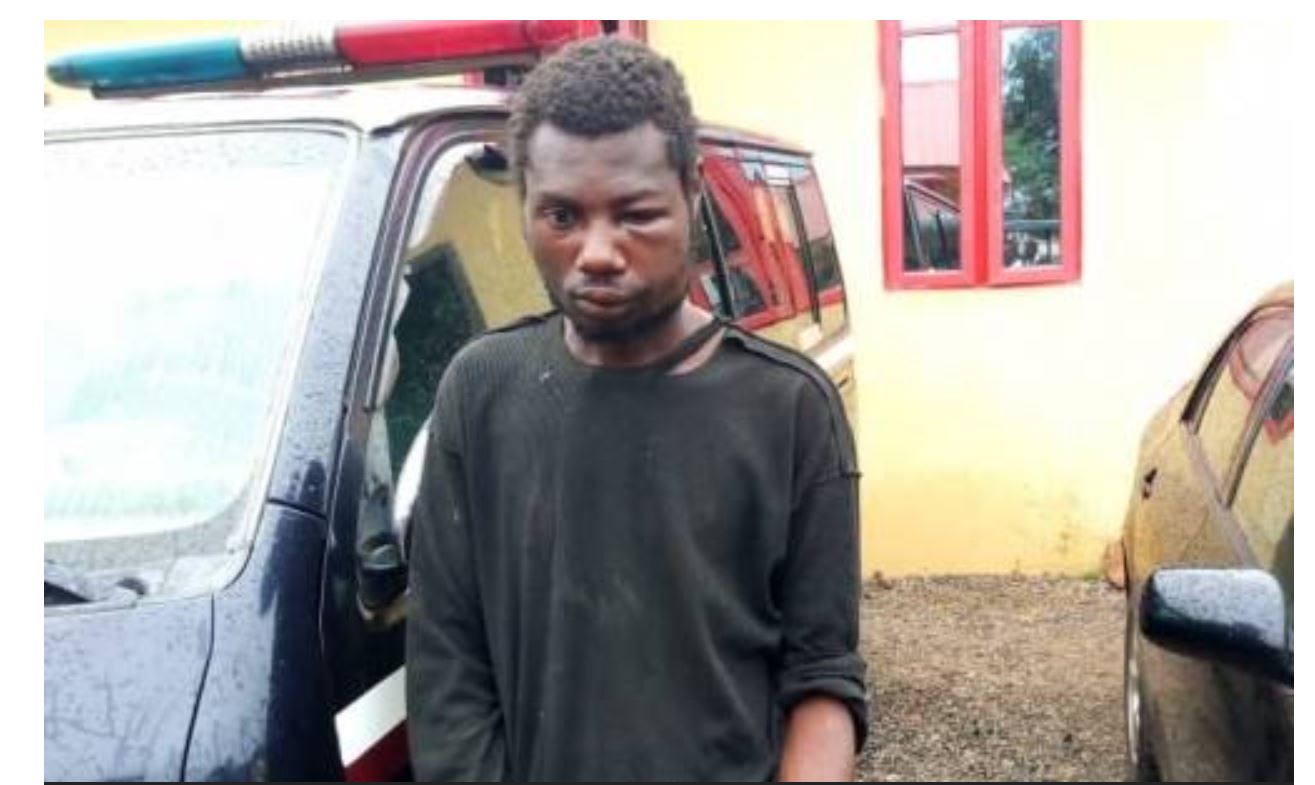 The Ondo State Command of Nigeria Security and Civil Defence Corps (NSCDC) on Tuesday said it had arrested a suspected kidnapper who claimed to be insane.

The Commandant of NSCDC in the state, Mr Pedro Awili, made this known when he led newsmen to where the suspect and seven others, who allegedly committed other offences were being detained in Akure.

READ ALSO: FIVE DAYS AFTER HE WAS RELEASED FROM IKOYI PRISON! Police re-arrest robber for snatching handbag from lady

Awili explained that the arrest of the kidnap suspect was made possible through the surveillance team of the command while on duty in Akure metropolis.

“Our QRS team on Oct. 15, arrested one Dele, who is pretending as a mad man at Isikan area of Akure with Itel phone.

“When our men arrested him and checked his mobile phone, after some seconds, he got an alert of N1.5 million payment into his account.

“Immediately the alert entered, he forcefully collected the mobile phone and smashed it on the floor.

“We are going to repair the mobile phone to know and ascertain the person that sent the money to him and the persons who he is working for,” he said.

The commandant vowed to investigate the issue and said that the man had been suspected to be a member of a kidnapping gang in the state.

MORE READING!  I didn't feel like the groom on my wedding day - Tunji Sotimirin

He, therefore, called on residents to be security conscious and always report any suspicious attitude of mad people in their environment to avoid being kidnapped or killed.

“We are advising members of the public that they should cooperate with security agencies by giving us adequate, accurate and verified information that could help us to carry out our mandates.

“And, people should watch their environment and to know the kind of people they see, especially mad men, to know if truly such person is mad,” he said.

FIVE DAYS AFTER HE WAS RELEASED FROM IKOYI PRISON! Police re-arrest robber for snatching handbag from lady
HE WAS BRUTALLY STABBED! Man kills younger brother in Edo