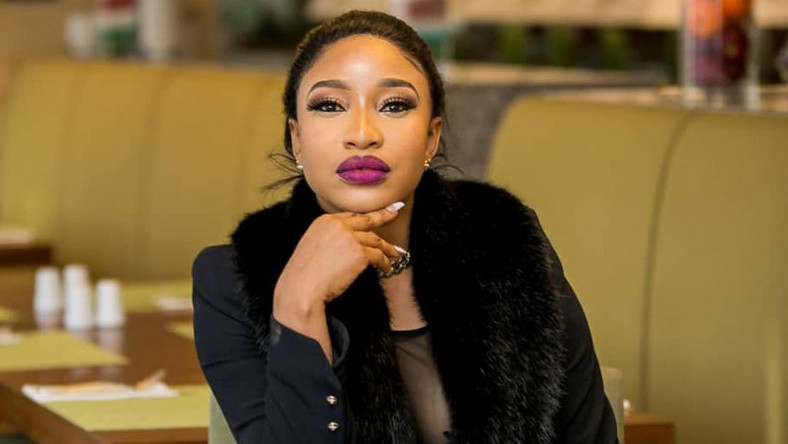 Nollywood drama queen, Tonto Dikeh, has reacted to the N5bn donation given to DJ Cuppy’s foundation by her billionaire father, Femi Otedola.

Reacting days after the event, the actress compared her father to the billionaires, wondering what her own father was doing when Dangote and Otedola were getting rich.

She also wondered if he just cared about a fine face and forgot about the major thing, money.

She thanked Femi Otedola for his N5bn donation to help the less privileged children, before stylishly asking them to stretch out their helping hands through other working foundations.

“No no no I am not angry I am just here wondering what my father was doing when Dangote was getting richer??? I need to know if he just went to God for a fine face cause man is super facial hawt and forgot to ask for money….

“las las its who has money not who has passion. God bless Otedola for the next generation he is about to bless… I just wish you bless them thru other working foundations,” she wrote. 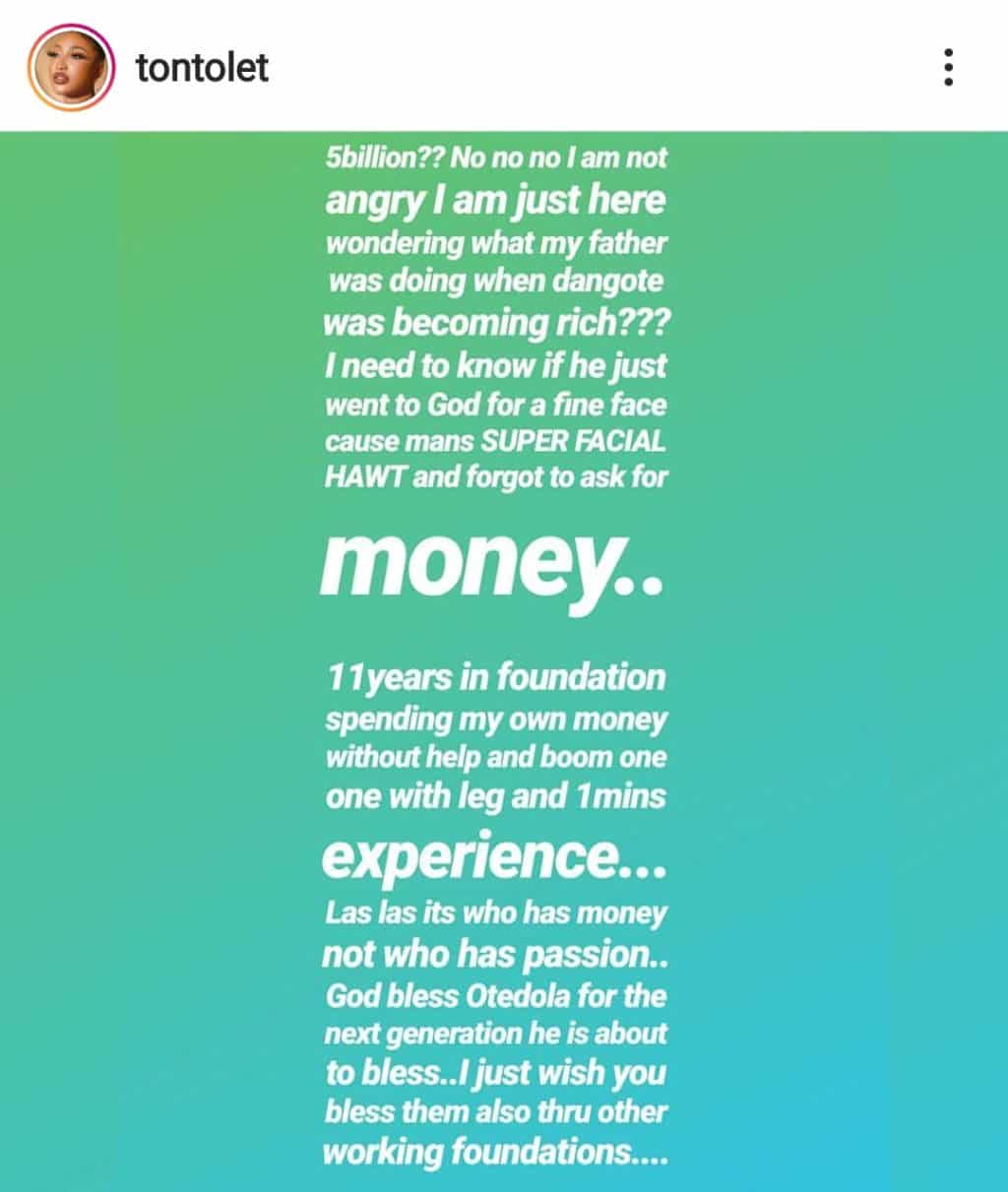