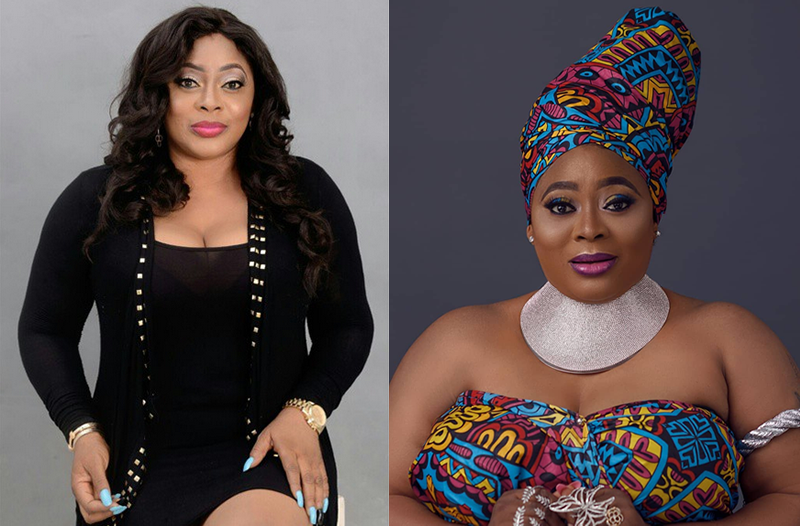 Nollywood actress, Ayo Adesanya, has revealed how she tackles depression, explaining that there is nothing worth committing suicide over.

The 49-year-old, while speaking on the backdrop of growing suicide rates in the country, she said depression is a state anyone can get to.

She added anytime she feels down she goes to church and listens to sermons.

Adesanya also stated that celebrities were also humans who could be depressed.

“At the end of the day, an entertainer is still human. I believe depression is a point that any human being can get to in life. It depends on the way life deals with you. I think I must have been to that point sometime, but I always try not to go that deep because I’m a Christian. When I feel depressed, I go to church and listen to sermons and it works for me all the time. I know that once I sit in church, there will always be a message for me.”

Noting that there is nothing worth committing suicide over, the actress said she was in an unhappy relationship for 10 years.

“Nothing in life is worth committing suicide over. It is said that when there is life, there is hope. For most people who reached that bridge of almost taking their lives, they eventually thank God that they did not take that plunge. The only thing that is constant is change. You may not have today, but you would have tomorrow.

“When it comes to people in unhappy marriages saying they want to commit suicide, I don’t subscribe to it. If you are not happy in your marriage, the best thing to do is get out of it. However, it is a bit unfortunate that these days, we are no longer as tolerant as our parents before us. Maybe because of the advent of social media, things travel so fast, and we no longer tolerate each other. There are a lot of things that can be overlooked but these days, it doesn’t happen like that. Nobody wants to take the pain to be in a marriage or relationship and stick with their partner’s shortcomings.

“At some point in life, I got entangled with somebody. Maybe if I had taken the warning signs seriously, I possibly would have got out of that relationship earlier. I was possibly a bit naïve because I thought the person would change. I never told my mum some things, and maybe she would have advised me properly. Maybe a support group could have advised me that if I saw some telltale signs, I should run, or not even get into it in the first place.

“Talking about domestic violence in marriage, it always starts with a tap. If I was experienced, I probably wouldn’t have got into that relationship. I tried to make it work and for 10 years, I stayed. When I realised that it would not end well if I didn’t sever ties with the said person, I had to leave the relationship. I think it’s always better to be with someone we can tolerate their shortcomings.

“However, even with the alarming rate of divorce, there are still people who are salvaging their marriages and making it work. As long as it is not life-threatening, I believe you should still try and make it work because at the end of the day, love is all that matters.”

‘Naira Marley is a scapegoat, he sacrificed himself for others to have sense’