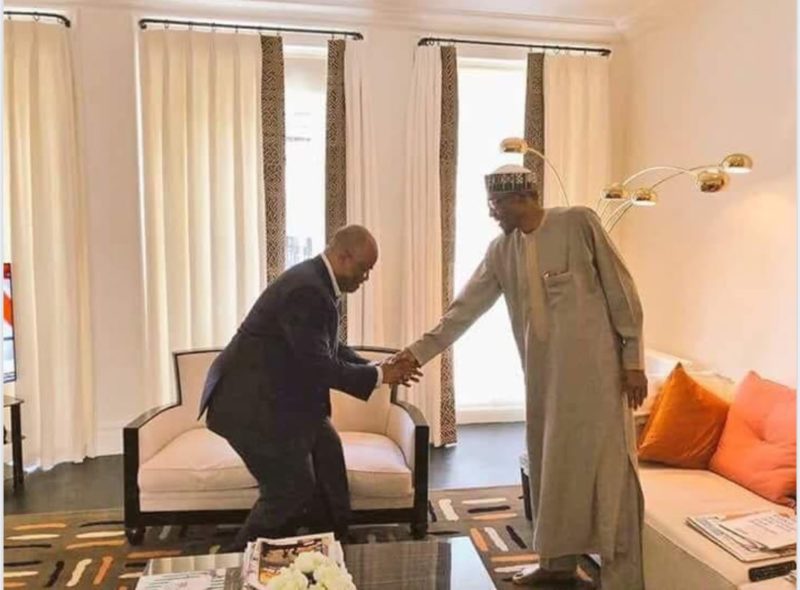 Former Senate Minority Leader, Senator Godswill Akpabio, has said he joined the ruling All Progressives Congress after he discovered that “President Muhammadu Buhari is a man of integrity and a nationalist.”

Akpabio dumped the opposition Peoples Democratic Party for the APC on Wednesday,

He pledged to take the people of Akwa Ibom State and the South-South to the centre for “meaningful visibility.”

The 55-year-old former governor of Akwa Ibom State formally defected from the opposition PDP to the ruling APC at a mega rally held at the Ikot Ekpene township stadium.

He told the huge crowd that he decided to join APC because he discovered that President Muhammadu Buhari “is a man of integrity and a nationalist.”

Akpabio said that he decided to join a party that would sweep away poverty and impunity; stressing that he joined APC to “help salvage the country.”

“The country is at war and all hands must be on deck to salvage the situation and not to aggravate it.

“As keepers of national emergency, everyone should put heads together. I decided to join to emancipate the people and provide succour for the people.’’

He said that the PDP of today has no vision and the leadership is replete with arrogance.

He said that Akwa Ibom has joined the progressive states because the people were dissatisfied with the long misrule of the PDP.

He said that Akpabio built the people and provided them with infrastructure but the present PDP government was a failure.

Ekere said that the people have agreed to re-elect President Muhammadu Buhari in 2019.

HE HAS ENDANGERED HIS POLITICAL CAREER! Uche Secondus reacts to Akpabios defection
I’M NOT CONTESTING IN 2019! The plan is to wrest Kwara from the hegemony of one man and his cohorts, says Lai Mohammed