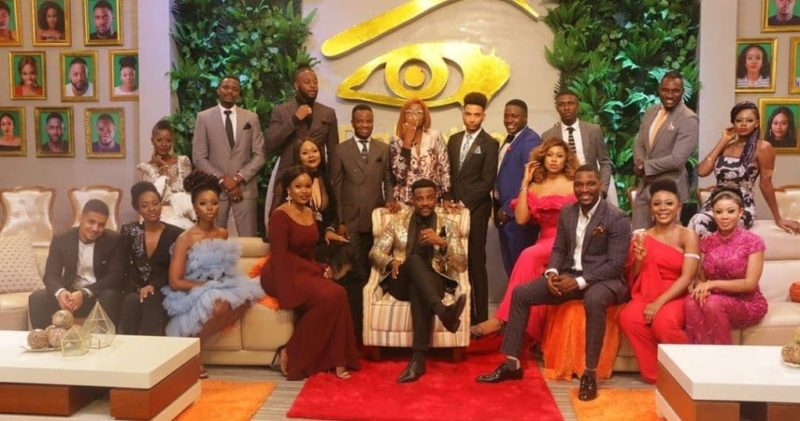 Tension hung in the air as Anto, Lolu, Cee-C, Tobi and Nina shared reasons why the romantic relationships with their on-screen partners fell apart during the ongoing BBnaija #Doublewahalareload and reunion show on Wednesday night.

During the show, the ex-housemates were paired with the opposite gender as strategic partners which largely grew into romantic relationships.

However, BamTeddy (BamBam and Teddy A) are the only couple left from the show as CeeBi (Tobi and Cee-C), LoTo (Lolu and Anto) and MiNa (Miracle and Nina) broke off at different points during and after the show.

Cee-C and Tobi had the most drama in their relationship with their fans also taking the fight to social media. They both told host Ebuka Obi-Uchendu that they do not regret any part of it.

MORE READING!  AY rejected an up-and-coming Olamide, begged him for favour a year after - Toni Payne

“A lot of things were centred around Tobi and me; It’s a good thing as the theme was Double Wahala.

“It was a good thing for the show. There is nothing to regret, even when you lose, you learn from your mistakes.”

For Tobi, he said it was quite an experience that he also learnt from.

“It was one I learnt from and also enjoyed.”

They both added that they presently do not talk but will be willing to work with each other whenever the need arises.

Meanwhile, it was shockingly revealed that Anto was ready to have a relationship with Lolu after the show but he turned her down, despite being the initiator during the show.

Explaining the reason of his actions to Ebuka, he said,

“First of all, I think it takes a lot to have a relationship. It takes a lot more than us just liking each other.

“We had our differences and after the house, we sorted it out. We are two different people and we are looking for different things going forward.”

Also, Nina told Ebuka she decided to create a distance between herself and Miracle.

The fan-favourite couple were expected to build a stronger relationship after the show which fell flat.

About Miracle, she said,

“He is just a goal-getter. He is focused and that’s one thing I love about him. I don’t regret the relationship at all. I actually wanted to see how it will be if I was alone.”

“Miracle struck me as someone who was lost when he got into the house.

“He looked out for someone who would be unsuspecting of his moves in the house. The moment they were paired, I just knew ‘Okay’.

“It worked in his favour and also worked in her favour. If they weren’t paired together, things would have turned out differently,” he said.

We truly love each other, say BBNaija lovebirds BamTeddy

MORE READING!  Davido works hard despite his father’s wealth, it's a shame you have such a mindset- Naeto C blasts Burna Boy
Continue Reading