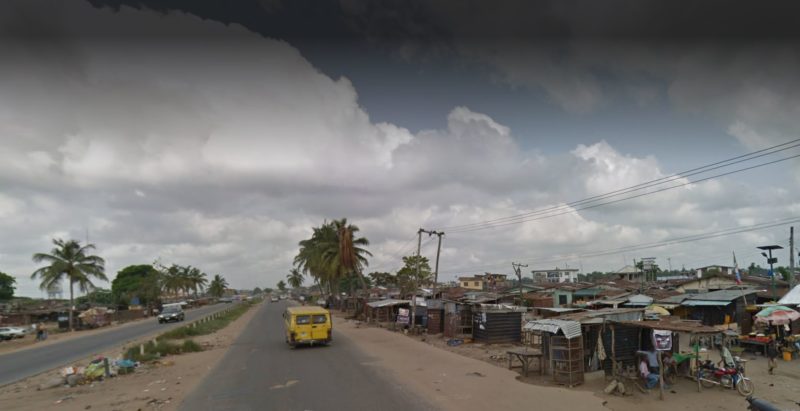 Unknown assailants have reportedly murdered a widow, simply identified as Mama Yusuf, inside her house in Lagos State.

WuzupNigeria gathered that Mama Yusuf was strangled on Tuesday inside her residence at Amusu-Igboro Street, off Vespa Bus Stop Ijaniki area of Mile 2-Badagry Expressway, Lagos.

The remains of Mama Yusuf was discovered by her children about five hours after her death.

It was furthered gathered that the deceased received a phone call while she was seeing her children off to school around 7 am, prompting her to return home.

It was gathered further that her killer lured her to her bedroom, where she was strangled, before she was eventually stabbed to death.

No arrest has been made in connection with the murder, but the police said they have commenced investigations into the matter to unmask the assailant who escaped through a window after bolting the main door from the inside.

“From all indications, we suspect that her killer may be a well known person to her. Nobody heard her screaming during the attack. The body has been deposited at the morgue pending the outcome of the investigation.”

A neighbour who spoke on the condition of anonymity said the mother of four lost her husband last year and was selling charcoal to survive before she was murdered.

Lagos State Police Public Relations Officer (PPRO), DSP Bala Elkana, however, said that he had not been briefed on the issue by the Divisional Police Officer in charge of the area.