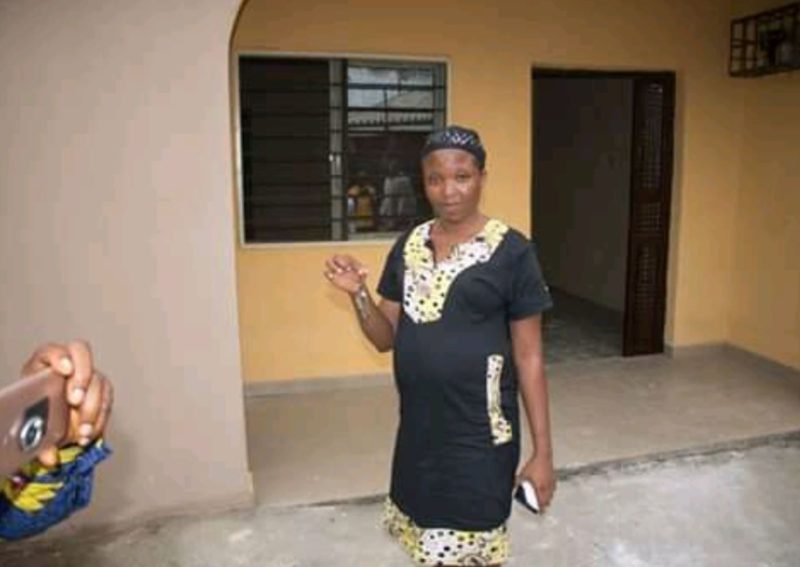 The General Overseer of Omega Power Ministries, Apostle Chibuzor Gift Chinyere, has joined the league of campaigners for justice for the late Chima Ikwunado, an auto-mechanic tortured to death by officers of E-crack Squad in Mile One Police Station, Port Harcourt.

He made his desire for justice for late Chima and family known during the first meeting between the Ikwunado family and the Commissioner of Police, Mustapha Dandaura, at Command’s headquarters in Port Harcourt on Friday.

He also handed over bungalow of five flats to the pregnant widow.

Apostle Chinyere told the CP that Chima was a member of Omega Power Ministries (OPM) and cannot be abandoned.

The General Overseer said, although he he did not know the late Chima in person but that as a member of OPM, the church will never abandon his widow and the unborn child to suffer.

He also announced that the Church will take full responsibility for the widow’s antenatal and postnatal medical bills through the church’s free hospital services.

He also said as a policy of the Church to spend money from tithes and offerings on members’ welfare, the church had awarded an educational scholarship up to university level abroad to the unborn child of late Chima.

The story of Mr Chima, an auto mechanic by profession who lost his life while in police custody began after he was arrested on December 29, 2019, alongside four of his apprentices during test running of two cars they were repairing.

News of Chima’s alleged torture and death while in police custody set Nigeria’s social media on fire with Nigerians calling for justice over his death.

The deceased, an expectant father, got married last year and was the breadwinner of his family.

Speaking to the Journalists, Apostle Chibuzor, known for his humanitarian support to the downtrodden in the society, stated that Adaugo Ikwunado, the pregnant wife of the late mechanic and her unborn child are now the responsibilities of OPM.

He promised to ensure that she delivers her baby safely at the OPM Free Specialist Hospital and her feeding and clothing fully catered for, adding that he has now taken on the full responsibility of looking after Chima’s wife and aged parents.

Chima’s father couldn’t stop the tears that were running down his cheeks as he narrated his ordeal, stating that the untimely death of his son who was the breadwinner of the family killed a part of him.

He thanked Apostle Chibuzor for his benevolence towards his family and asked God to continue to bless him.