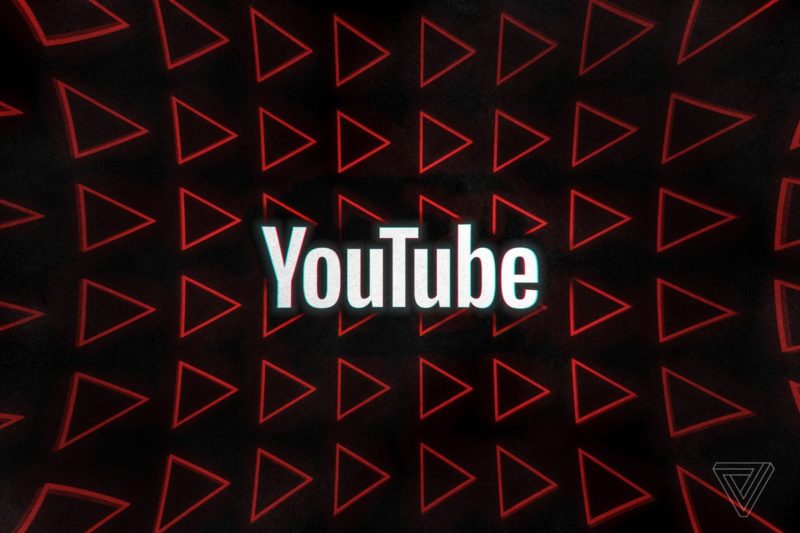 A Nigerian man who wants to build an application that would give YouTube a run for its money has thrown social media users into laughter.

The man had reached out to a web developer via Twitter Direct Message to hire him in making his dream a reality.

The developer shared a screenshot of his conversation with the man on his Twitter handle @ThatTemple. 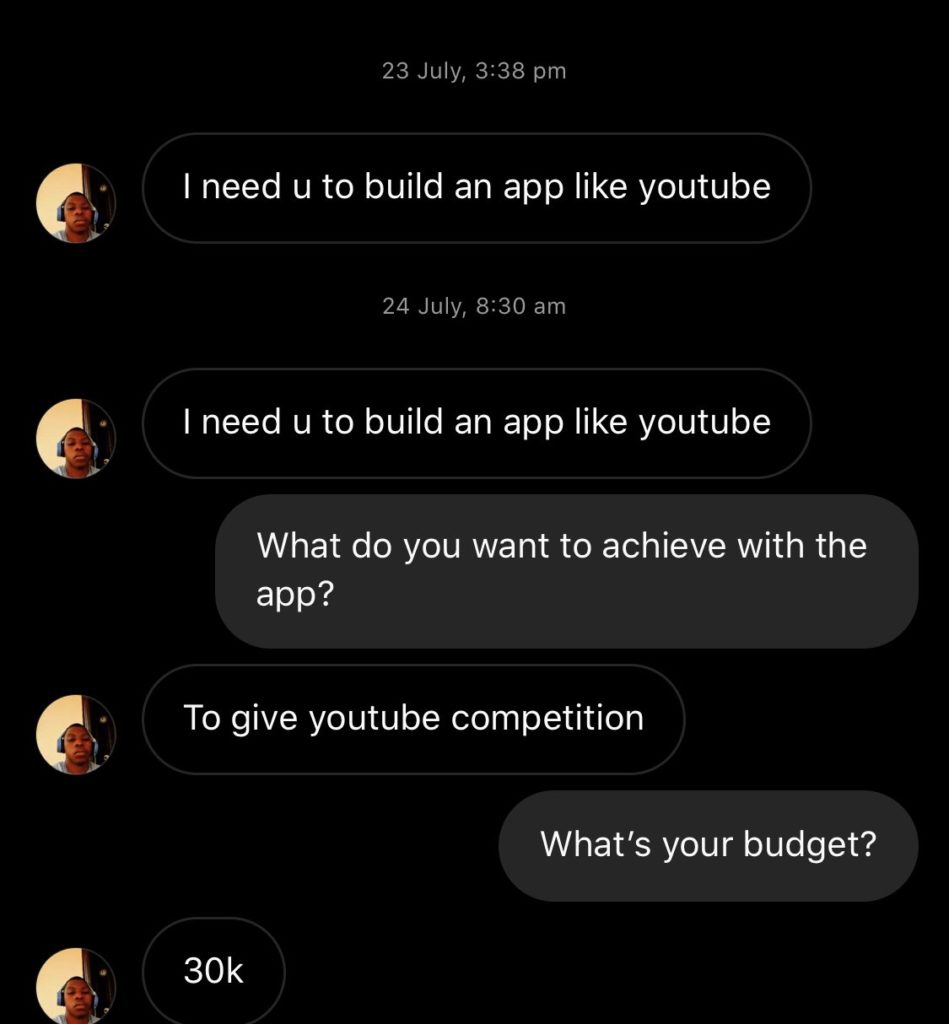 MORE READING!  Just wedded man returns wife to her parents in Edo, says her private part is too wide

Better don’t.
It’s this type of men that will b frustrating you talmbout “I paid u but u refuse to do my job on time”.
On top 30k

Let him arrange his village people and come for @ThatTemple?

There was a case of someone who wanted a website with mobile apps at 70k. People don see things

Bro! 😂 😂
Man wants to give the WHOLE YouTube a run for its money on 30k budget. Devs have actually suffered.

Whenever someone hits me with the tech idea blunt, i always ask them the budget.

It helps me know if they are serious or not.

You want to give you tube worth billions a competition with 30k….stop it …who is ur dealer

Lmao. I’m shook at the audacity