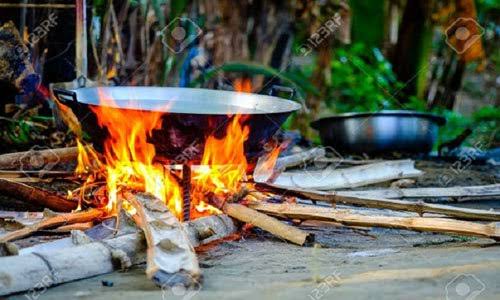 The Police in Ebonyi State have arrested a 21-year-old woman identified as Mrs Ifeoma Alegu for allegedly bathing her co-wife, Mrs Oluchi Alegu, with hot water.

The Ebonyi State Police Public Relations Officer, DSP Loveth Odah, said the matter was reported to the station on January 26, 2020, which led to the arrest of the suspect.

The accused was alleged to have committed the offence at Ndibenofa community in the Izzi Local Government Area of Ebonyi State on January 25, 2020.

The Police spokesperson said the woman was found culpable after the police investigation, adding that the police would not hesitate to arraign her before a court of competent jurisdiction.

“We always see this kind of story on social media, but it should not be practised in this part of the country. Co-wives should learn to live in harmony. The northerners marry up to 20 and they will live in one compound why can’t we live together with each other because our culture permits men to marry more than one wife.

“It is domestic violence, that’s why we are saying it is wrong to be heard among co-wives. What are they dragging? I think the man is capable before going to marry two wives.

“The police is investigating the matter to know the course of it and we will prosecute the suspect according to the law”, Loveth said.

Their husband, Mr Timothy Alegu, 27-year-old, who reported the incident to the police, said Oluchi who is his second wife did not do anything to Ifeoma, the first wife, that could have warranted her to take such action.

MORE READING!  Coronavirus: This ancient treatment may just save your life

“On January 25, at about 7 am, Ifeoma stormed Oluchi’s apartment and poured her the hot water, and in an attempt for the victim to dodge it, the water landed on her hand, chest and back thereby, leaving her with serious burns.

“I rushed her to a hospital at Sharon Iboko to secure her life before returning to the police to report the matter.”

Continue Reading
You may also like...
Related Topics:co-wife, Hot water