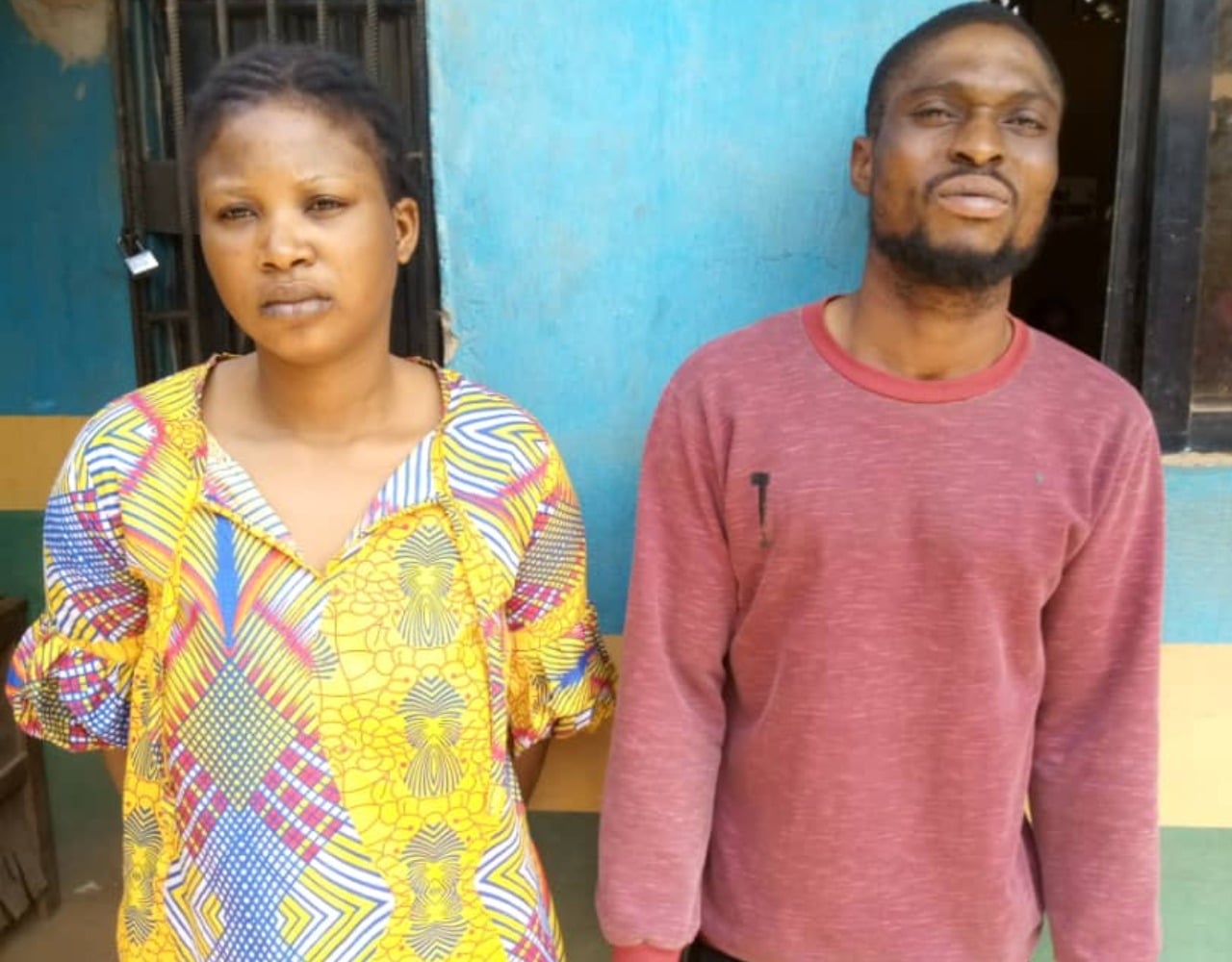 It was gathered that Shukurat allegedly hit the head of the deceased with a heavy object, which reportedly broke his skull and led to his death.

The Police Public Relations Officer in the state, Abimbola Oyeyemi, disclosed this in a statement on Sunday.

Oyeyemi said the suspect and the father of the deceased, Ayuba, were residents of the Oshodi-Oke area of Ogijo in the Sagamu Local Government Area of the state.

He stated that Ayuba conspired with his wife to bury the remains of the boy secretly and attempted to run away from the area before the police arrested them.

The PPRO said the woman was arrested alongside her husband around 12.30 pm on Sunday following the information received from members of the public.

Oyeyemi said residents of the area informed the police at the Ogijo Division that the deceased was hit in the head with an object, which led to a skull injury that eventually resulted in his death.

“Information further revealed that the woman and her husband hurriedly took the corpse of the victim to Ajah in Lagos State, where he was secretly buried.

“Upon the receipt of the information, the DPO, Ogijo Division, CSP Suleman Muhammed, quickly mobilised his detectives to the scene, where the couple, who had started packing their belongings from the area, were promptly arrested.

“Preliminary investigation revealed that the woman had been maltreating the victim, whose mother had separated from the father due to irreconcilable differences.

“On the fateful day, the boy was hit in the head with a heavy object, which resulted in a broken skull and his eventual death.”

The PPRO added that a nurse at a nearby hospital, where the boy was rushed to, gave him first aid treatment and informed the couple of her observation.

According to Oyeyemi, Shukurat pleaded with the nurse to compromise the report on the cause of the victim’s death, but she refused because it was against the ethics of her profession.

“The couple, Ayuba and Shukurat Olufowobi, are currently undergoing interrogation at the Ogijo Divisional Police Headquarters and they are helping the police in their investigation,” he stated.

The PPRO said the Commissioner of Police in the state, Kenneth Ebrimson, had ordered the immediate transfer of the suspects to the homicide section of the State Criminal Investigation and Intelligence Department for further investigation and prosecution.