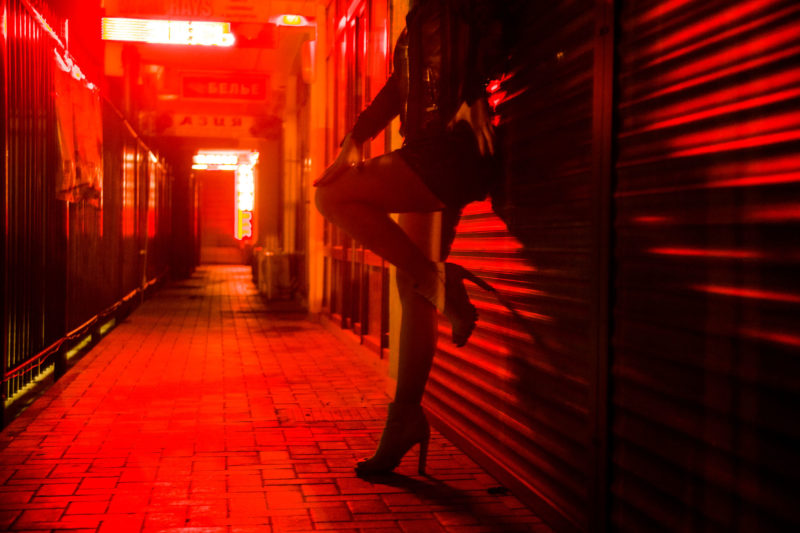 What seemed like a drama played out in one of the hotels in Owerri, the Imo state capital on Wednesday as a young lady came out of one of the rooms holding a man and demanding that he pays up for the time they spent together.

Her cry attracted passers-by who gathered to know what was happening.

A young lady, who gave her name as Pamela, refused to be consoled even as people gathered to enquire what the bone of contention was.

Pamela kept shouting at the top of her voice to be given her money by the young man, who she said slept with her throughout the night.

Suspected to be an undergraduate, Pamela stated that she was convinced by the young man, whose name she gave as Kingsley, to sleep with him but was badly paid by daybreak and he tried to sneak out on her.

“He thought I was sleeping not knowing that I was watching him. When he stealthily moved out of the room, I had to follow him and got him at the ground floor.”

“Why I suspected foul play was that he left with all his belongings and when he saw I was coming he wanted to dodge me. I did not have any option rather than to hold him to ask for what we agreed on.”

Pamela also regretted that the young man used her roughly, adding that he didn’t allow her sleep the night in question, hence her inability to wake early.

Kingsley admitted to the submission of Pamela but said that he was not with that agreed amount of money.

Unfortunately, the matter lingered because the owner of the hotel was not around at that early hour of the day but the problem was settled when his (owner) likes gathered and enquired what happened.

Kingsley, who said he had N4000 was asked to present the much he had.

He did not disclose any further identity of his. He later brought out the N4000 and the men were supposedly related to the owner of hotel added N1000 each to make it up to N6,000.

With the N6,000, they pleaded with Pamela to accept and forgive Kingsley which she did.

Kwara to screen 3, 000 women for breast cancer– Commissioner
I was groaning like wounded lion, lady shares how she delivered baby in taxi stuck in Lagos traffic