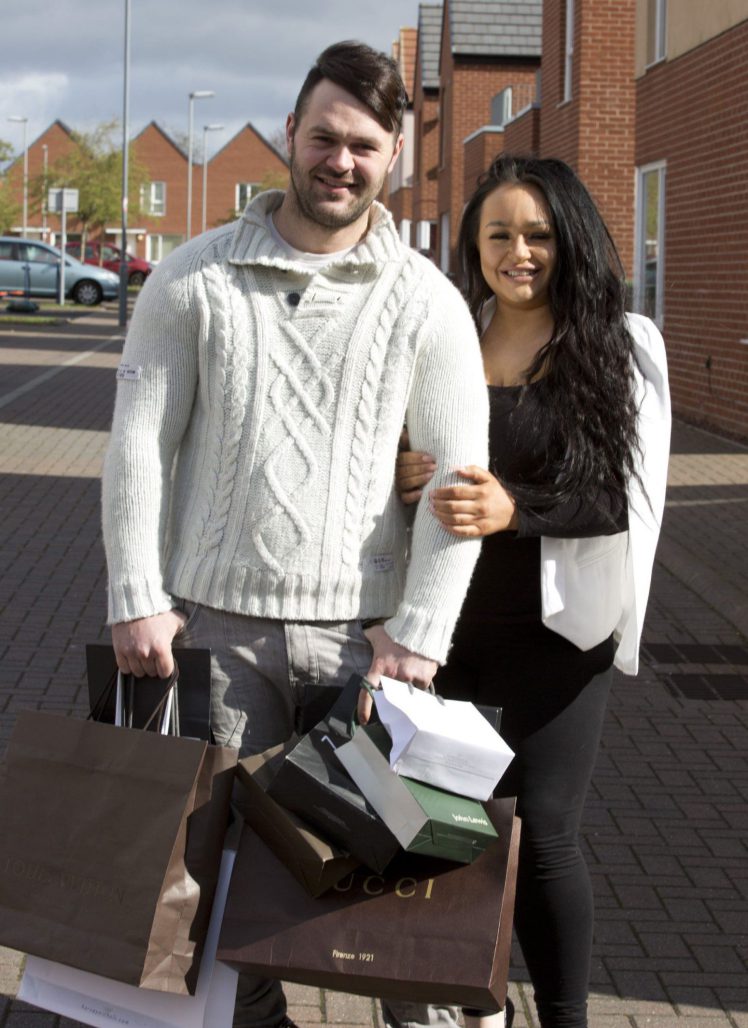 For people who under estimate the power of sex, one woman has revealed how she uses sex to obtain whatever she wants from her husband.

Her demands include a £70,000 Range Rover and plastic surgery worth another £14,000.
A 30-year-old lady, Janey usually puts her boyfriend Ross on sex ban for one to three weeks and she eventually gets whatever she wants.

According to metro.co.uk, Janey openly admits that she threatens boyfriend Ross, also, 30, with a sex on a television documentary, Little Divas: Tantrums and Tiaras.

Janey, who has been with soldier Ross for five years, seems pretty unaware at how devious the whole thing is.
He knows not to say no. I will quite happily put him on a sex ban for one to three weeks which I have done in the past.

The power of a woman’s private parts is amazing to get what you want off men.
I could easily blow £15,000 in London. I admit I am a shopaholic. I find it relaxing and therapeutic. If you are having a bad day shopping is amazing.
Janey, who doesn’t have her own regular income, admits she gets ‘bored’ being a ‘kept woman’ but is more than happy to spend.

The couple from Durham got together in 2011 and Janey has splashed £5,000 on cosmetic treatments in the last six months.
Next on her wish list are a tummy tuck and ‘Brazilian butt lift’, which would cost £7,000 each.

She said: “Ross has always given me an allowance, it started at £60 a month. Last month I spent £3,000.
“I want a tummy tuck and it would be rude to not have a big bum at the same time and perky boobs.

“I want a Brazilian butt lift where they suck fat out of wherever you want and inject it into your bum, so it is recycling which is a good thing.

“Looking at it and breaking it down I think my income – our income – is so disposable we can live off it but we have I have gone a bit wild and took things for granted.’
Ross, a soldier, admitted he ‘barely says no to her’ and said: ‘I don’t think she grasps the concept of money, that it might not be there tomorrow.”

But the sex bans might soon have to be a thing of the past for the couple, as they have been warned their current spending of £100,000 a year can’t go on as it exceeds Ross’ income.

No matter how cold you feel, stop taking very hot drinks, it causes cancer
Like tomatoes in Nigeria, New Zealanders groan over shortage of avocado