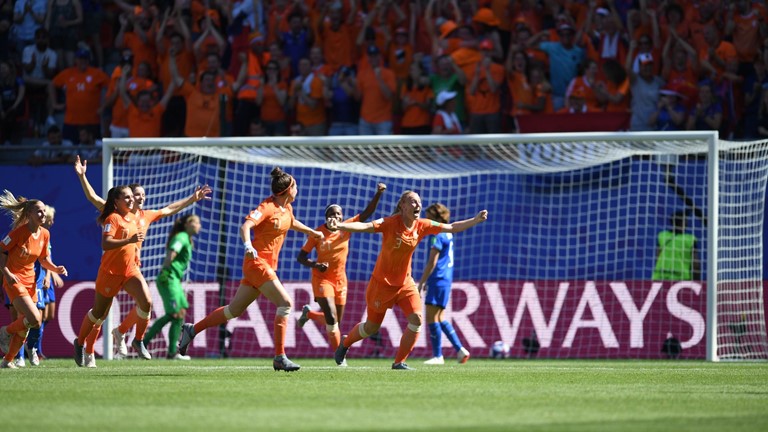 Netherlands female football team qualified for their first ever World Cup semi-final after beating Italy 2-0 in the quarter-finals on Saturday.

Italy lacked the quality to match the two headed goals that took the Dutch to the next round of the tournament in France.

Vivianne Miedema’s header from a free-kick put the Netherlands ahead in the 70th minute.

Another header from Stefanie Van der Gragt in the 80th minute to seal a semi-finals ticket for the Dutch.

Netherlands will face either Germany or Sweden next.