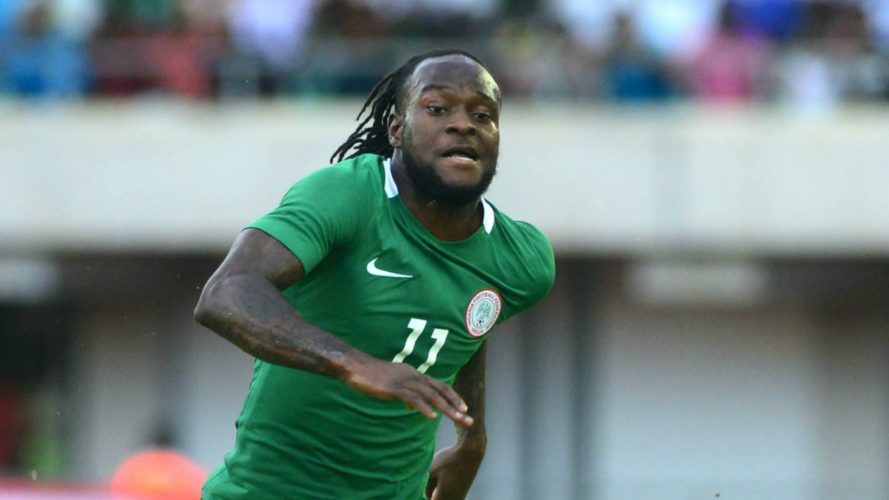 Chelsea star Victor Moses will be the man to watch for Nigeria at his second World Cup in Russia after he inspired his country to qualify for their sixth appearance at the finals.

A right wing-back at Chelsea and a winger with the Super Eagles, Moses had an eventful 2017.

After being on loan to Stoke City, Liverpool and West Ham United in the past three seasons, Antonio Conte handed the Nigerian star a chance to establish himself at Stamford Bridge in the 2016/17 season.

Moses took his chance with both hands even when he played in an unfamiliar right wing-back position.

He played 34 matches and scored four goals as Chelsea won a third Premier League title last year and, five months later, was part of the Super Eagles side that qualified for the World Cup.

He finished as Nigeria’s leading scorer in the qualifiers with three goals, with grateful coach Gernot Rohr describing him as world class.

“He is a world-class player and you can rely on him any time and any moment he is playing,” said Rohr.

“He is the most impressive player in my team. He is fast and I hope he will not get injured before the World Cup in Russia. I have absolute confidence in him.”

Star striker Odion Ighalo says Moses is an inspiration for him.

“Victor Moses can deliver anytime and anywhere. He scores goals, takes on defences and wins for the team. We need him at the World Cup because when he’s fit, he can do magic at the World Cup,” he said.

Nigeria could well have lost this gem to England after he was capped by his adopted country at various age-grade levels.

He was eventually capped by coach Stephen Keshi in 2012 and a year later stood out as Nigeria won a third Africa Cup of Nations in South Africa.