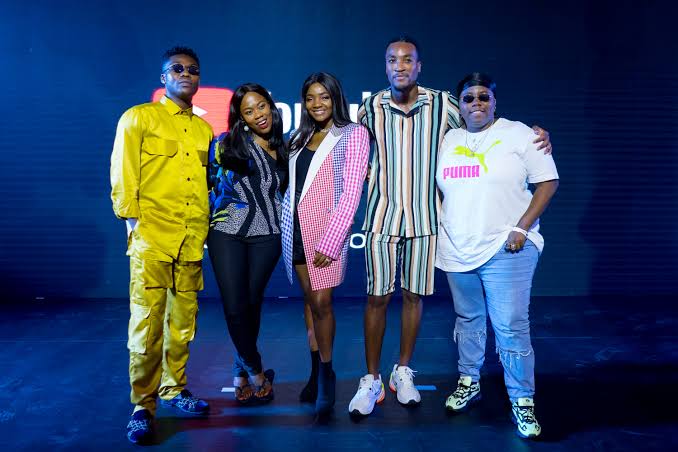 YouTube says it will support four fast-rising Nigerian artists on their individual music journey by providing them with the tools to propel their music and grow their presence on YouTube.

Addy Awofisayo, YouTube Content Partnership Manager for Sub-Saharan Africa, made this known in a statement made available to newsmen after an event tagged `Celebration of Afrobeats’ held in Lagos

According to her, the support will accelerate the growth of their audience globally as announced at an event tagged, “A celebration of Afrobeats” organised by YouTube in Lagos.

Awofisayo said that the organisation was very excited to partner with the artistes and support them as their music travelled across borders and expanded their audience globally.

She said it demonstrated YouTube’s commitment to Nigerian Afrobeats talents made at the Google for Nigeria event in July; when the initiative to support 10 emerging Nigerian artistes through Mr. Eazi’s emPawa programme was announced.

She said that the four selected artistes would be engaged in a series of workshops and content creation sessions and experimenting with content formats on YouTube.

“The selected artists will develop their music and visual contents and becoming experts at building deep connections with their fans.

‘“In addition, they will receive marketing promotions and education on best practices for growing and engaging their audience on an international scale.

“The artistes will also serve as models for other African artistes on utilising the global power of the YouTube platform to expand and build a global audience.

“Learnings from their experiences will be gathered as feedback to be shared with the entire artist community, Awofisayo said in a statement.

According to her, YouTube has been mainline for African artistes to connect all over the world.

“From Yemi Alade’s “Johnny” hitting over 100 million views on YouTube or Davido’s “Fall” at over 150 million views, there is no doubt that global audiences are dancing to African beats,” Awofisayo said.

Teniola Apata also known as Teni the Entertainer, said she was particularly excited because her fans would get to see her beyond the music videos, to behind the scenes and live show contents on YouTube.

She said YouTube had no borders and it was exciting to see her music resonate with not just people in the country but fans across the world.”

Kizz Daniel also said that he was excited about the opportunity to work closely with YouTube to expose his music and culture to a global audience.

Daniel said that YouTube was a crucial platform that allowed music to travel globally and connect to new audience.

He said that YouTube had not just played an essential role in the discovery and development of African sound but also in exporting African music to listeners worldwide.

According to him, through this partnership with the artistes, YouTube is reinforcing its commitment to exporting Afrobeats music, culture and dance – beyond just the sound – to audiences across the world who may not have experienced it.

YouTube had a long-standing commitment to Nigerian (and African) artistes, creators and other players.